A Preacher’s Tale: Explorations in Narrative Preaching by Jon Russell 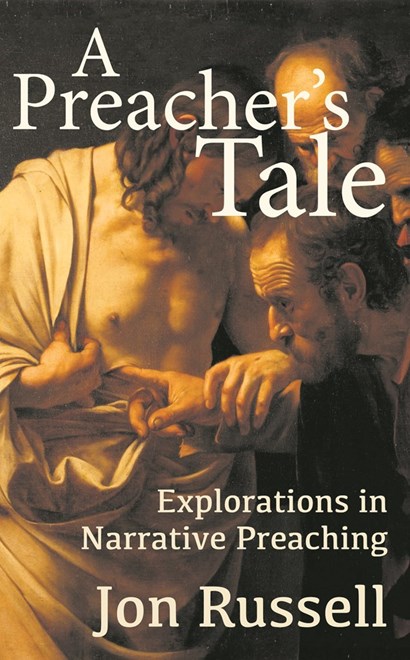 Jon Russell is a parish priest, and therefore a regular preacher, in Northumberland. He also teaches narrative preaching. His book is an accessible compilation of sermons and study in the genre. It begins with a robust defence of the method, typifying the analytic and historical approach as the preacher trying to change their hearers by unemotionally explaining an argument based what they had read, and using Herbert O’Driscoll’s analogy: congregations don’t want a map of how to get to the coast, ‘[t]hey want to be drenched in the spray.’ (xx).

For preachers new to narrative preaching, David Schlafer’s preface to the book is useful. ‘Resistance in preachers to approaching their vocation as a sacred narrative art form’ arises from deeply engrained attitudes: apprehension (I’m not good at telling stories); suspicion (the gospel is more than a story); qualification (the gospel needs a more basic strategy – information, explanation, exhortation). The journey toward narrative preaching is challenging, but ultimately rewarding. Rather like a fell walk, Russell concludes. Learning to preach narratively would mean ‘fewer preachers would get so lost in the bogs and peat hags of deductive, propositional point-making; and more would ascend to the mountain-tops, taking their congregations with them.’ (145).

This, however, is not only a book about preaching, it is a book of preaching. It is twenty-eight narrative sermons, followed up with commentary and reference to a range of homileticians. There are sermons that look at the familiar in novel ways, sermons that connect a passage of Scripture in unfamiliar ways, and sermons that take risks.

‘The Cool of the Day: Preaching with Imagination and Plot’ is a sermon based on Genesis 3:1-24, God casting the man and woman out of the garden. In it, the ‘Lord God rocks back in his chair, puts up his feet on the veranda, picks up his gin and tonic, and sips contentedly.’ It’s an evocative scene rich in imagination. Without exploring doctrinal complexities of the ‘fall’, the sermon simply says ‘the man and woman, to be truly human, must make their own way in the world.’ God knows the choices the creatures have made, and that something will have to be done. The sermon concludes ‘their leaving is more painful for the Lord God than for the man and his woman. Emptiness yawns wide into the night; and the only sound in the garden is the sound of falling tears.’ Russell’s aim for the sermon is not that his hearers gain a better grasp of theology, but that they come to know God a little better. God drinking gin and tonic might be a risky sermon, but avoiding the obvious themes for the passage seems a strategy with potential to meet its aim.

‘Sarah Laughs: Panning Back’ releases the potential of the biblical story in, for me, a new way. I have rarely heard the story preached, and on those occasions, Sarah’s laughing has always been judged a sign of mistrust in God. Here, Sarah is portrayed as once again the topic of conversation for others. It has been part of her history, as a barren wife, to be spoken about behind her back. Once again the pain of being discussed rises in her. Russell links this to others – Sarah laughs ironically and indignantly. She ‘laughs for every woman who has endured the pain and the self-doubt, and the sense of failure that childlessness can bring’; she ‘laughs for Joni, unable to move her arms and legs now’; she laughs for a young boy whose mother has recently died.

There is much value in reading collections of sermons, and often preachers will choose the work of acknowledged ‘greats’ from the past. Personally, I see greater value in works such as this one. The sermons are written for now, and for here. They provide excellent examples of how to preach in the contemporary world, and to an identifiable congregation. It is clear that good sermons are not produced last minute, but are considered and crafted, the result of real work. This book of sermons is both challenging and stimulating. Readers are challenged to have a go, to pant and perspire and be exhilarated by the journey, as, in imagination, Peter was on his climb up the mountain with Jesus and James and John. Ultimately, I guess the aim of the book is to change preaching from the dry and propositional to something that lives.

I want to finish with a story of how I used this book. Teaching homiletics at a residential conference I sought an example of how to approach texts in fresh ways. ‘The Certain Lawyer: Preaching the Familiar’. It invites hearers to identify not with either the Good Samaritan or the wounded man, but with the lawyer. It is written in a style that echoes that of the parable: ‘A certain lawyer went down, not from Jerusalem to Jericho, but from Joppa to Jerusalem, say; or at any rate, from where he lived to one of the centres of learning and study we would think of as university cities. And he fell among arguments.’ I adapted the introduction to fit my hearers, and asked them to continue the sermon. It proved an effective strategy. As well as challenging and stimulating the book also set me off on a road toward my own narrative sermon.

The sermons included in the book are of great value for preachers; but for students of homiletics, and their teachers, the resources used and commentaries on the sermons are of equal value. I commend it to them, too.

Save 10% on the RRP when you order this book from chbookshop.co.uk. Add the voucher code PREACHER at the checkout to receive the discount: 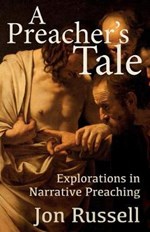 A Preacher's Tale aims to provide not just a theoretical introduction, but a resource that uses sermons in the narrative style to reflect on how to prepare and construct them and how to deliver them effectively in the context of worship.

I began my working life in the retail trade. In the shop where I worked, we were often incentivised in order to sell more of this or that product. The ‘hard sell’ was a matter both of pride amongst the staff and a way to take home free goodies...