Michael Baughen on rooting your sermon in Scripture 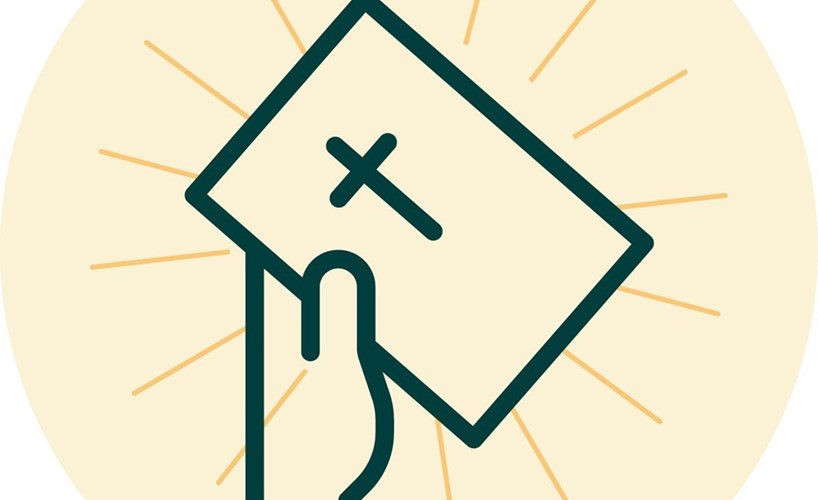 “The pulpit is the most exposed place in the world’, said Heinrich Vogel…

Exposed to God, in whose name you are speaking; exposed to your hearers who are expecting the very best communication of God’s word. No wonder Paul could write to Timothy: ‘Do your best to present yourself to GOD as one approved by him, a worker who has no need to be ashamed, rightly dividing the word of truth’.

The responsibility of faithfully opening the word is awesome. I have no fear of speaking to crowds of people; but I do have a holy fear of failing my Lord.

In my first curacy much of the week was trying to decide what to preach about… and more often than not it would be a subject or theme for which I would then find scriptural justification (or so I thought!). In my next curacy I began to understand the powerful priority of exposition and saw people opening up to the Word like opening flowers. I have just been to a reunion of some of them 59 years later going on in Christ.

The authority of the Word preached, not the authority of the preacher, opens minds, lifts spirits, thrill hearts, brings repentance and faith, deepens love, comforts, inspires. Not man’s ideas with scripture attached but God’s Word opened, applied, pressed home for action and response.

I do not mean dull, heavy stuff suitable just for the more educated. I once had a new colleague who thought his preaching at All Souls should be a weighty lecture type of sermon. It was expository but heavy and, frankly, not listened to for very long. Afterwards I said ‘there were no windows’ Now his expository sermons are superb, bringing the Word alive, brilliant with application and illustration. That is expository preaching at its best. Nor do you have to be a learned scholar to communicate the Word. I love the story of the 18th Century Scottish Philosopher, David Hume, listening to self-educated John Brown from the Welsh hills:’ That’s the man for me; he means what he says; he speaks as if Jesus was at his elbow’.

When I was Rector at All Souls Langham Place we met as a staff every three months for a morning, or longer, to discern the balance of our preaching over the future three months…

a) expounding e.g. an Epistle, a Gospel (or part of it) Old Testament book

b) then how to deepen the spiritual life (e.g. a series on Prayer Biblically rooted)

c) an arena of doctrine (Paul wrote in 2 Tim 4.3 ’for the time will come when people will not put up with sound doctrine ..instead, to suit their own desires, they will gather round them a great number of teachers to say what their itching ears want to hear’)

In all preaching we would have scripture as the base and root from which we expounded and applied, not the other way round.

In later years John Stott ceased to use the title ‘expository’ because it had been skewed into working through a passage verse by verse in the pulpit, like a Bible study. He preferred to speak of ‘Biblical preaching’ as for him preaching was aiming at a response, a verdict.

I certainly believe that the hearers of a sermon should go out of church knowing the driving point of the sermon and hopefully how God had lit it up for them to act on in their lives. They should also have been ready to respond because of the authority of God and not the meanderings of a human. As Alan Stibbs used to say: ‘some sermons are like someone wandering through a meadow picking buttercups’ i.e. a pretty experience, but that is all. Rather, we should know we have been hearing a true exposition of the Word of God made relevant to us.

So, once we have prayed over and talked over the sections of Scripture we are going to expound over the next months, we come to the specific sermon ahead each Sunday. It is possible to knock out three points in a matter of minutes.. (often called the back-of -the envelope sermons and I have heard too many of these), but that is not being a workman faithful to God. So we read the passage and then re-read the passage several times. We ponder it and pray for God to lay on our hearts what He wants us to focus on and to draw from in this passage. It is for that day, in the context of the times and with awareness of the life situations of the congregation. We might come in the same way to the same passage a year later and find God lays a different emphasis on our hearts.

Now we work at it with prayer. We refer to every commentary we can. These days possibly searching the internet for commentary quotes but I prefer the actual commentaries and am glad I was at College when Dr Jim Packer issued his list of commentaries and other books to get, (many marked ‘sell your shirt to buy this!) .We dig at the meanings of words, .. (why NT Greek is so important but even if we do not know NT Greek there is plenty of help in commentaries and concordances). . These are our the tools of our trade. Without them or internet search we are the limit of our thinking and preparing. A preacher should have at least two per NT book and OT ones as we need them. We make notes of all the thoughts coming to us as we research and think and we go on praying.

Then a sermon needs to marinate in our minds. Illustrations start coming to us as we walk or read or hear something on the media…or memories of the past.. the windows become numerous;. then prayer as we seek to put it all together with the driving force of the verdict or focus laid on our hearts by God. I reckon that starting sermon preparation on a Monday and coming back to it for parts of each day is the way to marinate, meditate and become thrilled with what God is opening up to our hearts and minds. Richard Baxter said: ‘I earnestly beseech you, in the name of God and for the sake of your people’s souls, that you will not slubber over your work’!

We will no doubt go on adjusting until the moment of preaching. A fresh way of applying may come to our mind over breakfast or on the way to church. Ecclesiastes 12.9 says ‘So the speaker, in his wisdom, continued to instruct the people. He turned over many maxims in his mind and sought how best to sort them out. He chose the words to give pleasure and what he said was straight truth.’

Narrative can and often should be part of this process but only illustratively not as the main foundation. Jesus used parables a lot to his audiences as well as straight talking but was direct when training his disciples. By the time we have expounded the Word those hearing, hopefully with the Bible open on their laps or the passage printed out, should be clear that you have the authority of the Word of God and not of man’s whims or angles or prejudices.

Popular preaching that carries people along with enthusiasm and stories and the like may be productive in converts but the parable of the sower warns us of what happens if there is no root .. even those who receive the word with joy will fall way. We can only do the sowing but as we do so we pray for the soil to be prepared by the Spirit and for the word to fall on good ground to produce multiple growth and blessing. We sow by relevant and applied expository preaching. God gives the increase.

But still we can fail to communicate if we only read what we have written. We need to be able to present the Word, eyes engaging, preferably using just notes rather than tied to a script. We need fire in our souls; we need to be burning with the Word. Augustine said: ‘When the hour for preaching arrives, we should lift our thirsting souls to God before speaking; so that we can return, in the same measure, the drink we have received or even enrich it with a broader distribution’.

I long ago adopted Spurgeon’s habit of saying several times to myself as I approach the pulpit ‘ I believe in the Holy Spirit’. As Paul says in 2 Corinthians 2.3 ‘you show that you are a letter from Christ, the result of our ministry, written not with ink but with the Spirit of the living God, not on tablets of stone but on tablets of human hearts’. If our preaching is not true to God’s revealed Word, how is the Spirit going to bless it?

When one is about to work through a series on, say, an Epistle I have urged everyone to ‘get this Epistle under your belt’. i.e. to follow it up, keep reading it over during the series; I have also sought that the church fellowship groups study the same Epistle at the same time, so that there is a working out of the teaching and so that members of the church can ‘earth’ the teaching in their lives, as they share and comment and contribute. I want people to feel confident in years to come to go back to that Epistle or Gospel or OT book with ease, drawing afresh on its teaching as from a familiar friend.

When we have good expository preaching backed up in this way we are truly feeding people as faithful pastors and fulfilling the charge of Ephesians 4.12 ‘to equip the people for works of service, so that the body of Christ may be built up until we all reach the unity in the faith and in the knowledge of the Son of God and become mature, attaining to the whole measure of the fullness of Christ’.

What a task! What an aim! What an outcome!

A prolific author, composer, and renowned preacher and hymn writer, Michael Baughen was formerly Rector of All Souls Langham Place in London, and later Bishop of Chester.