Preaching the Good News: What do we really want to say? 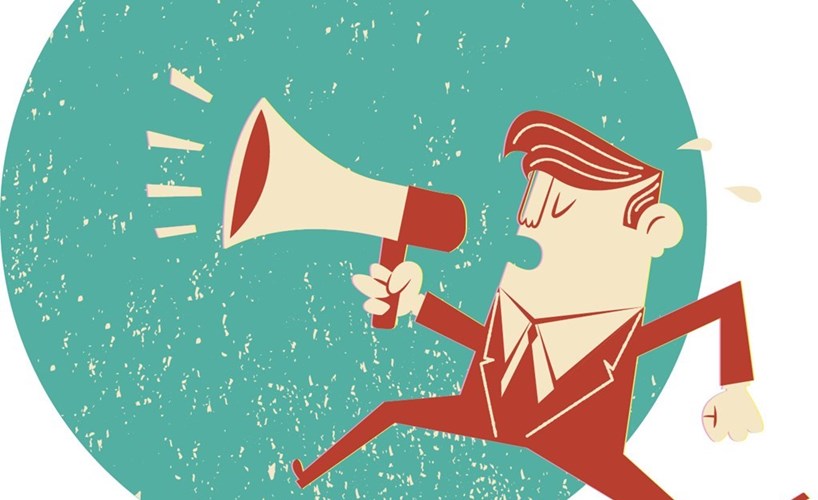 Those who have visited Taizé may remember its distinctive liturgical layout.

There is a focal point at one end of an enormous tent capable of accommodating a thousand or so worshippers. If you are lucky enough to arrive early you can find yourself very near what looks like the main altar, or so it seemed to me at first, when I visited it twenty years ago. But the sense of being up in the front was not to last long. After the first couple of songs the entire gathering turned to face a different altar. So those who, like me, were once at the front now found themselves in the middle and others, who had not had such a good view the first time round, were now in the front.

I find I return to this memory of collective worship whenever I think of what goes on in our churches on a Sunday morning. Whatever the size of the congregation, there is seldom this kind of spatial fluidity. As a preacher, I often wonder what it would feel like if the congregation were to ‘congregate’ in a slightly different way immediately before the sermon and then perhaps again after the sharing of the peace.

A fluid space can transform the way we preach and listen to the word of God. We badly need fluidity in our more formal church settings where the preached word, and the preacher who is speaking it, often feel encased by their surroundings; by immovable furniture, pulpits, or band stands, all of which distance the preacher from the people. He or she may also feel alienated by having to wear robes which, to their way of thinking, create a further sense of separation, or, on the other hand, by being prevented from wearing them, which makes them feel vulnerable in unfamiliar church surroundings.

But liturgical dress is not designed to separate people from clergy but to prevent a priest’s or preacher’s personality from obscuring God’s presence among, and within, the people so that they can be surprised by God through what is said in the sermon or sung in the liturgy. The Good News of the Gospel is always a surprise, resonating as it does with the hidden truth and desire for God lodged, often secretly, in the human heart.

Being open to movement, whatever the setting, takes us to surprising places, both privately and corporately. It prepares both speaker and listener for the dynamic of the Holy Spirit to inform the way they both listen to, and preach, the Word of God. With this in mind, how we function as a worshipping community must reflect, as far as possible, how we function as members of a fluid and fast changing society. As preachers, we cannot forget that we are engaging with people who live in a world of change and uncertainty, and that we are part of that world, subject to the same doubts, anxieties and longings as those to whom we speak on a Sunday morning. So we must connect with their fears and anxieties, or what we say will not have the ring of truth about it. It will not be Good News for them.

While we want people to hear the Good News, we cannot be sure of their reasons for coming to church, even if they are ‘regulars’. They may have come out of loneliness, or they may be trying to make sense of their lives and prepare for death as they reach their latter years. They may have been diagnosed with a terminal illness. They may also have come because the building embodies meaning for them, either by its association with the distant past, or with more recent life transiting events, or simply because its architecture speaks of some other dimension. They may be seeking to fill a deep need for God who they sense inhabits that dimension. All are searching for something which, if they could name it, might sound like truth. It is the preachers’ task to connect with that truth first of all in their own hearts, so that they can journey with their listeners, and learn with them, even as they preach the sermon.

Connecting with the source of truth, while at the same time connecting with our listeners, is integral to the art of good preaching. So there needs to be a sense of unity between preacher and listener, and between all of us and God. As preachers, we are not endowed with superhuman gifts and attributes simply because we are preachers. We are endowed with Christ’s own authority, wobbly vessels that we are. That authority is given to us to make it easier for the people listening to us to know God, to be attuned to the still small voice within them which they may often have heard, but without realising who it was who was speaking to them, and why. Our missional authority as preachers is summed up in one mandate: to make disciples. In other words, to help people know God so that they in turn can allow God to be known through them.

The missional task is not so much about telling people things they never knew about the Christian faith and the bible, still less bullying or manipulating them into agreeing with everything we say. It is about telling them what they long to hear in order to be healed and made new, so that Christian joy may be released from within them and do its transforming work in the world. The preacher is therefore tasked with validating and giving shape to a pre-existent truth lodged in a person’s heart, so affirming that person’s unique value to God.

It is only when the people listening to the sermon are surprised by the truthfulness of the preacher – by their purity of heart, and the way she or he speaks to them, that they will also be taken unawares by the Holy Spirit . If the preacher’s life in the preceding week has been deeply rooted in God, much of her sermon preparation will consist of holding her people (whether she knows them or not, and even if she has never met them) in God. She will have sensed his love for them and she will be made aware of the enormous responsibility of preaching to them, however few, or many, are there on Sunday morning.

The people are entrusted to the preacher, so that what they sense as truth lying deep in their own inner space can be revealed as a new reality, the unfailing love of God for them wherever they are at any given moment. Sensing the ‘rightness’ of this truth, the preacher will know that the people are entrusted to him to help them wrestle honestly with aspects of scripture or Christian teaching which they may find hard to make sense of. It is not the preacher’s task to supply easy ready-made answers, although she may be surprised by the wisdom that is given to her in the moment, a wisdom that comes with developing ‘the mind of Christ’, the prayerful intellect given to those who wrestle honestly with the issues of the day and do so under the regard of God. Preachers need intellectual humility if compassion is to inform their thinking, and supply what answers are needed – if answers are needed at all. But even if the experienced preacher has learned this over the years, she is still faced with one determining question: What does she really want to say?

Knowing what we really want to say, will often suddenly ‘dawn’ on us, as a single word which has been abiding in our sub-conscious for the preceding week. That word alone will tell us what it is that God wishes to say, first to us and then to his people on Sunday morning. We will be returned to it again and again, even if we discount it for the days leading up to the sermon.

One of the reasons for discounting the one word we have been given is because we are a little afraid of it. We reject this unique word because it seems to come from beyond us, and almost certainly from outside our usual thought patterning, so we feel we cannot understand or trust it. We will tell ourselves that it is not ‘relevant’ in any case, and so will not appeal to our listeners. But it is not for the preacher to decide on relevance. Instead, he must use his time in the preceding week to examine and speak from his own integrity, what resonates with the truth about God that he learns in a life of sustained prayer. He does not know the secret workings of the hearts of the people in front of him for whom ‘relevance’ may be of an entirely different order. So the preacher remains rooted, or ‘grounded’ in God, desiring the mind of Christ which is given to us as preachers, so allowing our own minds to be transformed and surprised by some hitherto unknown interpretation of the text of the day.

We are not to get in the way of God’s purpose in this respect, by forcing a particular interpretation (our own or someone else’s) on the text, or by reiterating things we have said in the past. Instead, we continually return the word we have been given to God, knowing that what we will say on Sunday morning to his beloved people must come from God and not from us.

A priest in the Church in Wales, Lorraine Cavanaugh is the author of Waiting on the Word: Preaching sermons that connect people with God (DLT) 2017 and In Such Times: Reflections on living with fear (Wipf & Stock) (forthcoming). She teaches and gives quiet days and CME days on preaching.