People of the Law 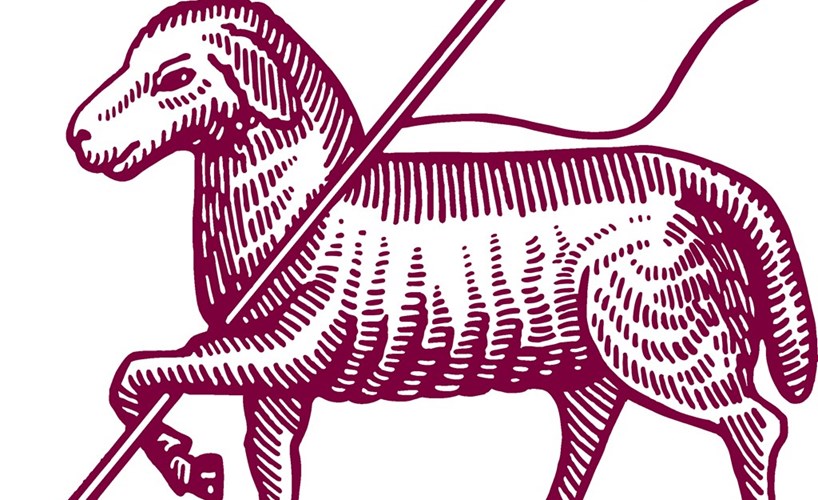 I am surely not alone in resisting the easy comparator between the Older and Newer Testaments as being one of Law and Grace. ‘People of grace,’ sounds so much nicer than ‘People of the Law’. And yet as Christians, we are both. Let me explain:

In Genesis 12, God calls Abram to establish a people through whom the families of the whole earth will be blessed:

‘Go from your country and your kindred and your father’s house to the land that I will show you. I will make of you a great nation, and I will bless you, and make your name great.’

There is no content in this call. It is not conditional. God does not say, if you do this or that I will make of you a great nation. God just says ‘Go’, and ‘I will.’

As the story unfolds, we see that in order to become a people there has to be something in the centre and something round the edge, an identity and a boundary. Boundaries can be more or less porous – offering ways in which others can enter, or indeed leave, the community. Identity in the Old Testament seems to come from memory, covenant and qodesh/holiness, or set-apartness. And qodesh has to do with rules.

At the institution of the Passover meal (Exodus 12:14) God institutes a collective remembrance. Later, the people are told to respond to the offering of first fruits like this:

‘A wandering Aramean was my ancestor; he went down into Egypt and lived there as an alien, few in number, and there he became a great nation, mighty and populous. When the Egyptians treated us harshly and afflicted us, by imposing hard labour on us, we cried to the Lord, the God of our ancestors; the Lord heard our voice and saw our affliction, our toil, and our oppression.’ (Deuteronomy 26:5-7)

There is a switch, between verse 5 and 6, from the third person – a wandering Aramean was my father, to the first person ‘when the Egyptians treated us harshly.’

In Hebrew it is first person plural – this is our memory, we are a people. Because God did this for us, I now bring my offerings. This text tells us two key things about belonging to the people of God – belonging has to be taught and it has to be accepted. Acceptance includes accepting responsibility for the past deeds of ‘my’ people.

The boundaries of this kind of community are porous. Abram became Abraham – the father of many peoples (Genesis 17:5). Apparently, membership of this people was open, apart from two nations, the Ammonites and the Moabites – although the subversive little book of Ruth, tells us otherwise.

The Moabitess chose to enter the collective memory of the people of Israel: ‘Your people will be my people, and your God my God.’ Interestingly, people here comes before God – perhaps community is of the essence – God’s people is not a collection of persons with whom God has made a covenant, it is one people.

Covenant, then, is about being the people of God. Law is about the structures of covenant life.

The Law begins at Exodus 19 and carries through the rest of Exodus, Leviticus, Numbers and Deuteronomy. It is so sophisticated that some scholars, up to the early 1900s, thought it must have been written later than its attributed date. By 1902, however, Hammurabi’s code, the law of ancient near eastern people, was discovered and translated. It showed that the Law of the Israelites was similar to law in the region at the time. Two things distinguish Pentateuch from the legal codes of surrounding nations: firstly, the motivation for the law, and secondly its changeability.

Hammurabi’s code was based on kingly authority and the need for national stability. The Law of God is a response to the nature of God. Keeping it made God’s people distinctive – the Law is the structure of qodesh. Structure is indispensable for life within relationship, both with God and within community. God gives the law for the sake of the best possible community life: ‘so that you may live, and that it may go well with you, and that you my live long in the land that you are to possess.’ (Deuteronomy 5:33).

Secondly, the Law is a dynamic reality within a living community, therefore, revised and even removed in light of Israel’s ever-changing experiences. Law and story are interwoven throughout the book of Exodus, and relationship is at the heart of it.

Structurally, I suggest the Older Testament provides one long history from Genesis through to 2 Kings, but then offers a first interpretation of that history in 1 and 2 Chronicles, a later tradition reflecting on what went before. 2 Chronicles ends with Cyrus’s decree, allowing Jewish captives to return home and rebuild the temple. Then come the accounts of that return in Ezra and Nehemiah, recounting events probably in late sixth and early fifth centuries BCE. Nehemiah’s role seems to have been to build the wall – secure the home of the community; Ezra’s was to re-establish their identity by re-interpreting the Law: ‘For you are sent by the king and his seven counsellors to make inquiries about Judah and Jerusalem according to the law of your God,’ (Ezra 7:14).

The reforms of both Ezra and Nehemiah are a response to the culture in which they find themselves. They view events of the recent past as cautionary and call the people to make changes in order to avoid their repetition. Israel is recalled to the structure that supported their covenant relationship with God – the Law. Ezra identifies idolatry as a key cause of the broken covenant, and so seeks to remove what he sees as its source – intermarriage. This is a new interpretation of what it means to be God’s People, and a first act toward defining the nation according to birth. In other words, Ezra changes the Law.

Depending on your preferred dating, the Book of Ruth may have dropped into Israelite culture at about this time as a challenge to Ezra’s reforms, reminding the people of God that their boundaries were actually more porous than the new nationalism suggested.

Where does this leave us as preachers?

Firstly, there is an injunction against easy distinctions, casual dismissal of ‘the law’ as negative. It is what binds us to those who have gone ahead of us, not just within the Christian tradition but throughout the history of God’s outreaching to humanity. A wandering Aramean was our father, and we too cried out to God when the Egyptians – and the slave-traders, and the racists, and every other oppressor through the ages – afflicted us.

Secondly, the Law is living and responsive. It has never offered an off-the-peg solution to life’s problems, be they personal, communal, national or global. It is for us to interpret and explore in light of the present. As preachers it is never open for us to pronounce in authoritarian tones what the Law back then said – the Older Testament itself interprets for its community, and so must we.

Thirdly, the Law is predicated on relationship, Covenant, rather than behaviour. And its boundaries are porous. It was not established to keep out the other, but to structure relationships between God and humanity, and among humankind.

This view of the Law, I hope, liberates and enlivens it. Rather than avoid it, as previous generations of preachers have done, perhaps it is time to embrace and explore it in order to re-establish our own identity as People of God in the twenty first century.