Preaching the Toxic texts of the Old Testament 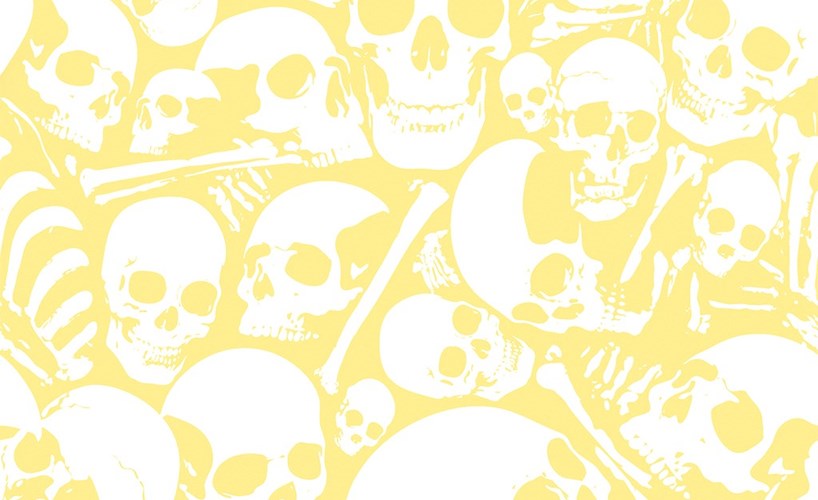 A few years ago, in a US radio discussion about homosexuality, a listener reminded the audience that Leviticus 18:22 condemned homosexuality as an abomination, not to be condoned under any circumstances. In response another listener with tongue in cheek posted an open letter on social media saying, ‘Dear Sir, Thank you for doing so much to educate people regarding God’s Law, and for reminding us that God’s word is eternal and unchanging. I have learned a great deal from your show and try to share that knowledge with as many people as I can. When someone tries to defend the homosexual lifestyle, for example, I simply remind them that Leviticus 18:22 clearly states it to be an abomination … End of Debate. I do need some advice from you, however, regarding some other elements of God’s laws and how to follow them. Leviticus 25:44 states that I may possess slaves, both male and female, provided they are from neighbouring nations. A friend of mine claims that this applies to Mexicans, but not Canadians. Can you clarify? Why can’t I own Canadians?’

He went on to ask, ‘I would like to sell my daughter into slavery as sanctioned in Exodus 21:7. In this day and age, what do you think would be a fair price for her?’

Every Sunday, in the Roman Catholic Liturgical tradition to which I belong, at the end of the Old Testament reading the Reader proclaims, ‘The Word of the Lord,’ and the people respond, ‘Thanks be to God.’ One wonders what would go through their minds, responding thus, if they had just listened to the words quoted above. Did God really say that? Unlike denominations who read the whole Bible and do not flinch from quoting such texts, the Catholic tradition seems to ‘censor’ such ‘toxic’ texts so that they never appear in the lectionary. I searched in vain in our three-year lectionary for a passage containing Leviticus 18:22 or Lev. 25:44. Leviticus features just three times in the three-year Sunday Cycle, and the nearest it comes to disturbing the faithful is to say that a man with leprosy is to be declared unclean, wear his clothing torn and his hair disordered, and live outside the camp (Lev 13:1-2, 44-46).

It is not unusual to see split passages in the Catholic lectionary. In preparation, the preacher will be well advised to look at the text that has been omitted. The quoted verses (1-2) refer to a case of suspected leprosy. What follows in the section we do not hear reminds me of the investigation the doctor did on my forehead when I asked him to check me out for possible skin cancer. Having checked the colours, shapes, etc. of the presenting phenomena he allayed my fears that what I saw was in any way sinister. The priest does something similar, observing what he sees before his eyes with care rather than simply appealing to divine intuition.

Alarmingly the Lectionary version jumps from suspected leprosy to a confirmed diagnosis without any explanation. ‘The man is leprous, he is unclean … .’ The victim is singled out for special treatment and set apart from normal society, not unlike what happened to HIV sufferers in the early days of Aids. Homilists focusing on this passage might well draw attention to the move from suspicion to confirmed diagnoses. How often in our relations with others do we move from suspicion to assumed guilt without looking carefully at the facts?

But in the eyes of the lectionary compilers, that is not the main issue. The Old Testament is not read continuously from Sunday to Sunday. Rather, passages are chosen to harmonise with the gospel passage which is the central focus. The Gospel on the Sixth Sunday of Ordinary Time (Mark 1:40-45), recounts how the compassion of Jesus motivated him to reach out to a leper, touch him and cure him. Immediately we notice, on the part of Jesus, a reversal of the behaviour normally considered appropriate to leprosy. The healing of the sick, and particularly those like lepers banished to the margins of society, is a sign of the Messianic ministry of Jesus, as witnessed in the reply of Jesus to the disciples of John the Baptist (Lk 7:22-23). But though Jesus responds to the leper not by withdrawing from him but by approaching him, he does not short-circuit the practice enshrined in Leviticus. The healed leper must still show himself to the priest and follow the usual procedures.

Typology begins from the understanding of both testaments as a unity, looking at the history of the people of God, showing how God enabled events or great persons within the story to become symbols of later events, or later personages. But typology is not just a matter of repetition; in Paul’s writings Christ is the new Adam, like Adam in his humanity but altogether different in his relationship with God. A typological approach will see elements of sameness but also surprising differences. In our passage from Mark, Jesus is approached by the leper because he is considered to have greater authority than the High Priest or his colleagues, who would have been very distant figures to the leper in any case. Jesus does what the priests could never do, because healing leprosy was considered a prerogative of God. The homilist might wish to explore the link between the daily miracles of healing and human compassion which makes it possible for God’s glory to be seen.

The reader may now see why the Church leaves out in its lectionary many of those passages which Pope Benedict, in the Exhortation entitled, Verbum Domini, The Word of God in the Life and Mission of the Church, called the ‘Dark Passages’ of Scripture, those ‘describing cheating and trickery, acts of violence and massacre,’ even in the name of God. In the liturgy, the starting point is not reading the book, but encountering the person of Christ, who by his life, death and resurrection is the supreme interpreter of Scripture.

Benedict unpacks the different meanings of the phrase, ‘the word of God,’ understood in an analogical, not a literalist sense. He describes Scripture as a symphony of voices which includes creation and historical experience and culminates in Christ, the Word made Flesh. Interestingly the Scriptures come at the end of the list because Christianity is not a ‘religion of the book’ but ‘a religion of the word of God’, not of ‘a written and mute word, but of the incarnate and living Word.’

Perhaps the most toxic passages of the Old Testament are those in the Book of Joshua which speak of God commanding the massacre of the Canaanites. They are gripping stories, and they have been taken at face value to advance political causes. What is the preacher to do? The Catholic preacher is let off the hook. The Book of Joshua appears rarely in the Sunday or Weekday lectionary, and the one reference to God expelling the original inhabitants of the land is cut out (See 19th week in Ordinary Time, Thursday, Year 1 (Joshua 3:7-11, 13-17).

Preachers may wish to remind their congregations that the Book of Joshua is not history in our sense but what one might call ‘idealized history.’ The underlying question the text tries to answer is, ‘Why did God’s people lose the land they received as a gift?’ The answer in brief is that they failed to obey their God and followed the gods of the other lands instead.

But did God at any time command them to massacre the people already in the land? As the text contains many layers of tradition it may well be that at some stage lies a memory of conquest, and a belief that this was inspired by God, but we also have to take into account that whereas Joshua speaks of a conquest, the Book of Judges speaks of a gradual assimilation of the Israelites into the existing peoples. So, the Scriptures themselves present conflicting stories. God’s will, then, is not always so clear. By the time the book was finally edited into the larger collection (Joshua to Kings) known as the Deuteronomic History, the Israelites could only dream of conquest, because for centuries they had not been strong enough to conquer anyone and were at the mercy of greater powers.

Historically the biblical writings hint at a real question which may not be far from our thoughts today as Christianity faces a secular environment. How are we to be faithful to God in a non-faithful environment? The choice in the Old Testament readings is either to conquer the native peoples or assimilate with them, but both ways lead not to a pure religion but one corrupted by compromise.

The homilist may suggest that Christianity lives in a tension, a kind of warfare, a battle not for land and space but for minds and hearts, but one where violence in the name of God and Christ is not an option. In the context of that ‘warfare’, Christianity will be unlikely to win by force of argument, but that does not mean absorbing the secular package either. The very name Jesus in Hebrew is Joshua. Joshua’s successor wins minds and hearts not by violence but by charity even amid suffering. The violence depicted in the Old Testament can be understood not as the direct will of God, but as a sign of the capacity of God to bring salvation even in the face of violence and the suffering it causes by those who think they know God better than God knows Godself.

John Deehan, Parish Priest of Our Lady Help of Christians, Kentish Town, in the Diocese of Westminster