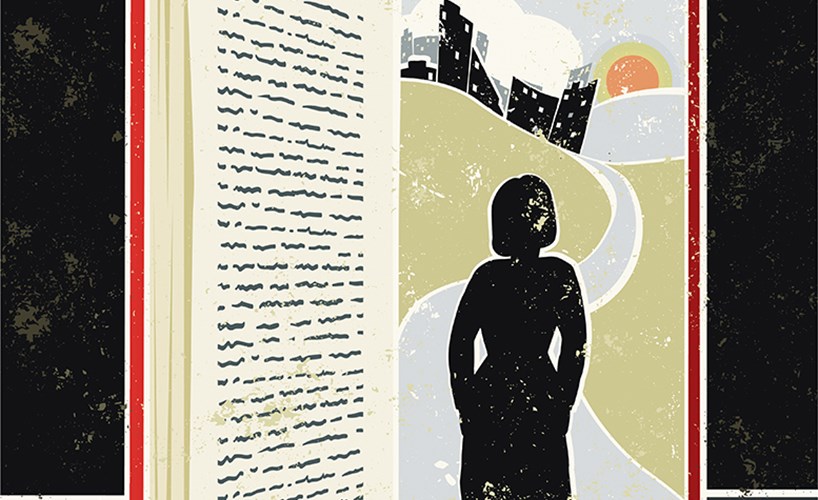 Could it be that on possibly the most significant day of the Church’s calendar, preachers risk putting little effort into their sermon? After all, we already know what we are going to say – don’t we? Easter Sunday: death defeated, Jesus risen, Church encouraged.

Finding ourselves both asked to give Easter sermons - on different passages, and to very different congregations, we both wanted our congregations to encounter the risen Christ rather than be confirmed in their doctrinal preconceptions.

Liz was a guest preacher at an Easter Sunday morning parish communion. Josie was preaching to a small group of licensed lay ministers. Liz’s text was John 20.1-18, Jesus’ encounter with Mary in the garden, a text which is challenging precisely because of its familiarity and popularity. Josie had perhaps the least preached-on of all the Easter texts, Mark 18.1-8, a text in which the risen Christ does not appear.

‘Don’t worry,’ more than one fellow preacher said. ‘You don’t have to preach on the text at Easter.’ And reviewing Easter sermons available online and on paper, it seems they were right!

But if you don’t engage with the text, how do you as the preacher hear the text afresh, make room for the Holy Spirit, grow in your own understanding, and have anything to say to these people in this place now? As Tom Long (2005) wrote, ‘The preacher, … is the one sent by these people at this moment to this text.’ And ‘Preaching is biblical whenever the preacher allows a text from the Bible to serve as the leading force in shaping the content and purpose of the sermon.’

For both of us our main aim was to preach biblically and to enable our listeners to experience an encounter that changed them. We wanted them to live Easter, rather than learn about it.

Three women leave the city at first light, skirting the place where they watched him die, making for the place where they laid him. It’s the last thing, the only thing, they can do for him now. The entrance to the tomb is narrow and low. They have to pull their cloaks around them and lift the hems of their skirts as they feel their way forward. But at least the heavy entrance stone has been taken away. Slowly their eyes adjust to the darkness. The stone isn’t the only thing that’s gone. No body. But there’s a man sitting there, a man in white who tells them not to be afraid. And everyone knows what it is that dresses in white and tells you not to be afraid … And, yes, of course, they are afraid. And the young man says, ‘Go and tell.’

And it was. Finished. The expert executioners had already beaten him. They knew, from years of experience, when a person was dead. And this one was definitely finished.

And so, when Mary went to the tomb two days later she went without hope. She went to tend a dead friend. To do the very last thing she could do for the dead one she had followed.

He was gone. Perhaps she began to realise that although to Jesus she was someone, a person worth listening to, a person to walk with, that too was finished. She was once again the woman from whom demons had been cast out. The woman who down through history was to be remembered as of ill-repute rather than a woman of courageous faith.

But when she got to the tomb, it was a tomb no longer.

Having heard Easter morning services that seemed to revert back to Friday, we were both keen to focus on the resurrection event as experienced within the text itself and to avoid generic Easter preaching. And we wanted what we said to be good news. Liz, therefore, chose to follow Mary’s story through from what was finished for her to the change brought about by her encounter with Jesus. Josie focused on those chosen to spread news of the Kingdom.

Moses – a murderer and fugitive who’s too slow of speech.

Isaiah – some sort of official who feels too unworthy.

Jeremiah – a priest who’s too young.

And Mark invites us to add to them:

Mary, and Mary and Salome – who are too afraid and also women.

And I wonder what they have to say, these stories, to you and me, to all those of us who stand up week by week and dare to preach?

These stories raise so many questions. You’ll all have your own points of contact with them. But I want to share with you something which strikes me in all four stories.

And Mary, and Mary and Salome, what’s the good news they bring?

It’s the message of an angel, a message in three parts:

He’s been raised, says the angel, which is the good news that we are set free from the tyranny of sin and death.

He’s going ahead of you,

And then he says her name.

From the very depths of darkness, the little light of hope begins to burn brighter, and then burst into radiant flame. Jesus says her name. He knows her. He is here, in this moment, for her. The one she mourns, the dead one, is fully, completely, vibrantly alive. Joy and delight thrill through her veins. Her mind is on fire. Her heart burns. The world is wonderfully, completely, radiantly changed. It will never, it can never, be the same again. Life has burst out of the grave. Life in all its fullness has filled the world. In the uttering of one word, her name, Jesus has told Mary all that she needs to know in order to worship.

Neither of us chose the route of ‘application’ for our sermons, of trying to pick points to highlight areas of listeners’ lives or faith. Rather we tried to join the biblical story with hearers’ experiences.

He’s going ahead of you, the angel promises, which is always good news for the journey, the news that we never have to do it on our own for he is with us.

It’s not so hard for us to see what Jesus’ being risen and going ahead might mean for you and me. But what can it mean for us, I wonder, that Jesus is going ahead to Galilee?

For the women who found the tomb empty and heard the words of the angel, and for the disciples too, going to Galilee meant going home. They were Galileans.

But Jesus cannot be held. He is not hers, he is not ours. It is not her task, nor ours, to pin Jesus down, to define him, to explain him, to understand him. It is her task, and ours, to release him into the world, to go and to tell. And why would we not? This is not an idea that can be explained, a doctrine to be taught. This is a new world, a new way of living, a new era in which life not death is the natural order.

On that morning, many years ago, the tomb was open, and death was broken. Re-creation burst out like water from a geyser, like a new baby being pushed into the world. And nothing could hold Him. And now we live in a world where the life revolution has begun, God’s vitality is filling this place and all places, love is pushing out hate and light is shining out. Darkness and death cannot beat it, change it, hide it, kill it, stop it. It is finished.

All sermons should, we believe, have a memorable ‘take-away’, something the faithful can dwell on during the week and beyond, and something to prompt action. Again, we wanted this to be rooted in resurrection.

To go back to Galilee was to have the chance of a fresh start, to begin again. It’s the Good News that his love for us is bigger than our worst failures. That it’s a love that is new every morning, every hour, every minute of our lives. It is the promise of restoration.

I wonder what that says to you and to me who have found our voices as lay people, as representatives of those whose voices aren’t heard enough in our churches? How do we see our role as people who take the Church out with us into the World and bring the World back with us into the Church? How can we who have found our voices use them to give voice to the voiceless? How can we bring their stories into church or encourage and equip others to speak?

Easter Day is the day that shocked the world. It still does.

Easter Day is the day when the world was invaded with resurrection life. It still is.

We see one final thing in Mary. Life’s invasion of death, God’s invasion of the world, happens through Jesus followers. The invasion is to go on through Jesus’ disciples. Even in the joy of meeting her risen Lord Mary had a task – ‘go and tel.’. It is a task we share. We also, are to go and tell.

Liz is The Preacher’s Reviews and Resources Editor and Director of Studies, in the Diocese of Chester, and Josie is a theology teacher and an ordinand at St Mellitus College.