How new is the New Testament? First-century Judaism and the Emergence of Christianity

Review by Neville Manning, Retired Priest in the Diocese of Chichester 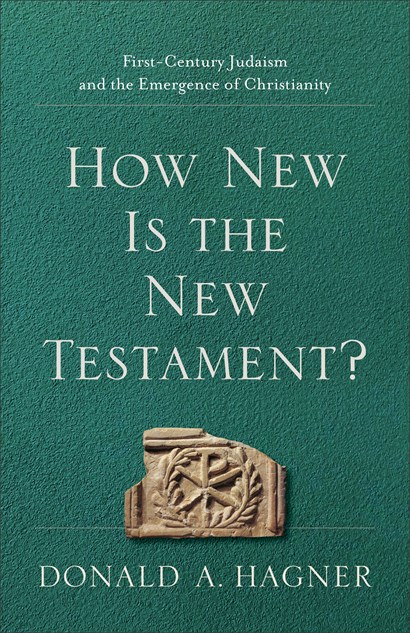 The relationship of the Hebrew Scriptures which we refer to as the Old Testament and those Scriptures we refer to as the New Testament is a problem which has exercised Christians at times across the ages. Marcion, for instance, in the mid second century AD drew a clear division between the God of the OT and the God of the NT and was dismissed as a heretic. On a more common level many Christians find parts of the OT difficult to reconcile with the Christ of the Gospels.

In a well-researched book Donald A. Hagner of Fuller Theological Seminary USA deals with this very fundamental issue. He welcomes a tendency among biblical scholars, such as E. P. Sanders, to recognise the Jewish background to the New Testament, but also sounds the warning from some biblical scholars of viewing Christianity simply as a kind of sect or development of Judaism, even though on one level the Gospel is a fulfilment of Judaism, citing the comment of C. F. D. Moule that ‘Christianity is undoubtedly new wine.’ The answer to the question in the title of the book is about both continuity and discontinuity, with the key having to do with Christology.

The author works his way carefully through the books of the New Testament in their normal canonical order, with the relevant passages helpfully printed out. In the Gospels the reference to Matthew 13:52 goes to the heart of the balance in the argument, with its reference to the scribe bringing out of his treasure both what is new and what is old. The Lucan writings (Luke and Acts) both stress the newness of what is on offer, as in Christ’s words in the synagogue in Luke 4:21, regarding Isaiah 61: ‘Today this scripture has been fulfilled in your hearing.’ In the Pauline corpus the Church is a new society for both Jew and Gentile, even though as Paul makes clear in Romans 9-11, God is not through with Israel.

Hebrews is seen to be rich in the elements of both continuity and discontinuity, especially in the once-for-all sacrifice of Jesus, in contrast with the repeated sacrifices of Judaism. 1 Peter has no hesitation in applying OT terminology to a largely Gentile Christian Church (2:9 – chosen race, royal priesthood, holy nation). In the Apocalypse there is a vivid sense of both continuity and discontinuity merging into one.

Hagner wisely stresses that, although the newness of the Gospel moves us on from Judaism, there is never any justification for anti-Semitism. (The recent allegations of anti-Semitism against one of our British political parties, not to mention the treatment of Jews by so-called Christians in the past, sadly makes that warning still necessary).

The obvious value of the book for preachers is in helping us to a balanced reading of the OT alongside the NT. I wonder also whether it serves to remind us of the importance of a sense of paradox in both preaching and teaching, where so often it is a case not of either/or but both/and. In a world where people so often look for cast-iron certainties one way or the other it needs homiletic skill to show that paradox, holding seeming opposites in tension, is often nearer to truth. 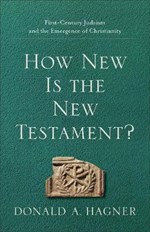 How New Is the New Testament?

The prophet Amos has sharp words to say about the irrelevance of religious observance that ignores the realities of life for the poor. Such indifference to suffering makes hymns of praise pointless. God will simply not listen, according to this most earnest of social critics...

@ CollofPreachers
Tue 24 Mar @ 08:22
Praying for those who have fallen ill with COVID-19, the vulnerable, those working in our NHS, social care, superma… https://t.co/BJoympDvz8
Follow us