Brian Pierce is an American Dominican friar who lived for some years in Central America. Today, back in the US, he works with migrant pastoral care. 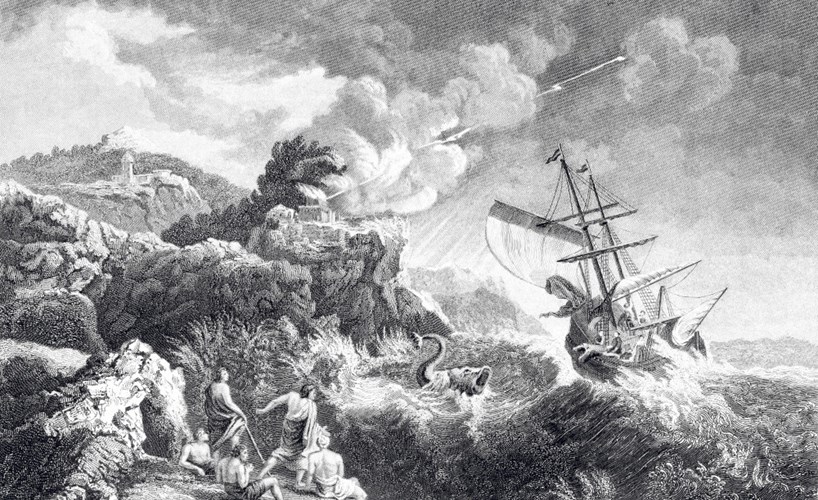 The martyred archbishop, now Saint Oscar Romero, devoted his life to the ministry of the poor. A shepherd who knew and loved his flock, especially the most abandoned and forgotten, he is celebrated as a martyr for the cause of the poor and oppressed — one who laid down his life for his friends. Perhaps more than anything else, though, Romero is remembered as a preacher of the Word of God, dedicating a large part of his pastoral work to the ministry of the Word.

To this day, many Salvadorans remember Romero’s Sunday homilies. As one commented, ‘In those days you could walk down the street of the town and not miss a single word of Monseñor’s homily, because it sounded forth from every house.’ Romero had a way of reaching into the hearts of the peasant poor, crouched beside their radios, listening to his every word. ‘What an honour to think that all of you before me are Christ! Even the humblest peasant, maybe pondering there next to a radio, you are Christ!’ (Jan. 13, 1980) and, ‘Christ is the homily that keeps explaining to us that God is love ... Christ is God’s homily preaching to you’ (Jan. 27, 1980).

It was Romero’s preaching that made such an impact on so many of his contemporaries and continues to echo forth into our own times. Not only did Romero preach Sunday homilies that were the weekly high point for many Salvadorans who lived in the shadow of the country’s military stranglehold, but he also wove into those homilies the basic elements for a theology of preaching — a preaching rooted in God’s liberating presence in history. For Romero, the ‘signs of the times’ — a theme central to Vatican II — point to the ways that God’s Word continues to become flesh in our world today.

A Word Enmeshed in History

During the three short years that Romero served as archbishop of San Salvador, Sundays were truly holy days for the country’s poor, because the Word of God that sounded forth from the cathedral in San Salvador touched and transformed their hearts. Men, women and children in every village, barrio, and cornfield tuned their radios to listen to Monseñor’s Sunday preaching. This, of course, only highlighted his already strained relationship with the country’s conservative bishops, who often complained that ‘their faithful’ were being seduced into listening to the ‘subversive’ radio preaching of the archbishop. Though the episcopal tensions were always a source of pain for Romero, he never let them sway him from the mission God had called him to fulfil.

For Romero, it was a source of great blessing and strength to know that his preaching was touching the lives of El Salvador’s poor and forgotten masses. In April of 1978 he commented with great tenderness of heart:

‘Yesterday … humble peasant people told me how they listen to my words, words which console them, giving them hope and support, it made me want to cry and say with Christ: “I thank you, Father, because you have hidden these things from the proud and have revealed them to the very poor.”’

Perhaps no other theme concerning the Word of God reached its way into more of Romero’s homilies than that of the Word’s ability to act as a light of truth illuminating the particular, concrete history that the people of El Salvador were living at that moment. He clearly saw himself as rooted in the ancient tradition of the Hebrew prophets, but he did not simply repeat ancient prophesies. He preached like an artist, for he knew how to make the ancient words come to life in the here and now.

And a few weeks later, on the same theme: ‘A preaching that awakens, a preaching that enlightens, as when a light turned on awakens and annoys a sleeper — that is the preaching of Christ. … Naturally, such preaching must meet conflict, must spoil what is miscalled prestige, must disturb, must be persecuted. It cannot get along with the powers of darkness and sin’ (Jan. 22, 1978).

It is clear that for Romero, God’s Word is not something that floats around on celestial clouds, safely wrapped in pulpits billowing with incense. The mission of the Word of God is to pierce the flesh of real human history, opening up wounds that fester from lack of the truth and bringing healing to a people longing to experience the saving power of God.

The search for truth requires more than good-willed piety; it invites the preacher to be committed to a life of contemplative prayer, ongoing study and careful social analysis. Romero’s preaching was rooted in reality and rooted in God.

And again, he stated boldly: ‘I study the Word of God to be read on Sunday. I look around me, at my people. I use this Word to shed light on my surroundings. ... Naturally, the idols and idolatries of the earth are irritated by this Word, and they would like very much to remove it, to silence it, to kill it. Let happen what God wills, but God’s Word, as St. Paul said, is not tied down’ (August 20, 1978).

It was from this context of arduous study and contemplative pondering on the Word and on the plight of his people that Archbishop Romero’s preaching sounded forth with such clarity and conviction.

‘We cannot segregate God’s Word from the historical reality in which it is proclaimed,’ he warned. ‘That would not be God’s Word. The Bible would be just a pious history book in our library’ (Nov. 27, 1977).

Two years later he returned to this topic even more pointedly. ‘To try to preach without referring to the history one preaches in is not to preach the Gospel. Many would like a preaching so spiritualistic that it leaves sinners unbothered and does not term idolaters those who kneel before money and power. A preaching that says nothing of the sinful environment in which the Gospel is reflected upon is not the Gospel’ (Feb. 18, 1979). These should be the words on the first page in any textbook of homiletics today.

His words can still force us to look honestly at our own preaching in the church today. Are we willing to wrestle with God’s Word, fully engaged with the world and its complexities, open to God’s ongoing revelation in the signs of the times, in our own here and now? Are we willing to wait through hours of prayer for the Word to take on flesh as Good News for the poor, and not fall into the temptation of reducing the task of preaching to a litany of quotes taken from commentaries and prefabricated homily aids?

Romero knew very well that to preach a true Word of God in a context of social sin would be met with opposition. He never softened the prophetic edge to his preaching, though, and especially not to protect his own life or the social status of the church.

‘It is much easier,’ he said, ‘to preach lies, to accommodate oneself so as not to lose privileges. … If it is necessary for the church to lose its privileges, then it will lose them; but it will always speak the truth’ (April 22, 1979).

A Humble Echo of God’s Truth

Archbishop Romero never pretended to have the entire truth at his disposal. Nor, however, did he shy away from the danger of sharing the truth as he himself had grasped it, for after all, it was God’s truth, not his own. Shortly after returning from the Latin American bishops’ conference in Puebla, Mexico in early 1979, and at a time in which his preaching was beginning to be noticed throughout the continent, Romero commented, ‘The truth will be said … always within our limitations. It is the particular word of one who has his own style and way of being, but who is only God’s instrument in the history of events’ (Feb. 18, 1979).

Commenting on the limitations present in any attempt to incarnate for our own times God’s eternal Word: ‘I give thanks to God because you are receiving my word as what it truly is: God’s Word. For many receive it as a man’s word, an enemy’s word, a subversive’s word … But blessed be God … that the vehicle, even though it be crude and useless, is only a vehicle. What matters is what is in this vehicle: God’s Word’ (Nov. 5, 1978).

Archbishop Romero, aware that the voice of the poor was silenced in a society governed by guns and the abuse of power, opened up the Sunday pulpit of the cathedral to serve as a sounding board for the muted masses of the country: ‘These homilies try to be this people’s voice. They try to be the voice of those who have no voice. And so, without a doubt, they displease those who have too much voice. This poor voice will find echo in those who love the truth and who truly love our dear people’ (July 29, 1979).

He publicly lamented the distorted truths that owed from so much of the mass media:

‘It is a shame not to be able to trust the news in the papers, the television or the radio because it has already been bought and tampered with; it is not the truth’ (April 2, 1978).

Romero knew that radio played an important role in his own preaching mission, but he also was aware that the day would probably come when the enemies of the truth would bring that to an end. ‘I said once and I repeat today that if, unhappily, someday they silence our radio and don’t let us write our newspaper, each of you who believes must become a microphone, a radio station, a loudspeaker. …’ (Oct. 29, 1978).

Of course, that day did come in February 1980 — a month before his assassination. In his Sunday homily, in the days following the bombing of the radio station, Romero recalled the words of St. Paul:

Exactly one month later, on March 24, 1980, Archbishop Romero was assassinated at precisely the moment he concluded his homily at the small cancer hospital where he lived and often celebrated daily Mass. He had lived as a preacher and he died as a preacher. He did not leave the people of El Salvador orphaned, for he had helped them and their own voice of prophecy. As he had foretold in December of 1978: ‘My voice will disappear but my word, which is Christ, will remain in the hearts that have made it their own.’

That Word remains to this day, for it is the eternal Word of God.

@ CollofPreachers
Mon 08 Aug @ 07:57
Less than 1 month now until our #PreachingConference! Still time to book your place. Visit https://t.co/GiKpV4ymSW for details.
Follow us