Don’t just believe it, feel it

Jennifer Brown is Director of Training, College of Preachers and Course Director, Cuddesdon School of Theology and Ministry, Ripon College, Cuddesdon. Jennifer is currently researching for a PhD (focusing on the relationship between participation in religious worship and moral thinking and attitudes) with the Brain, Belief and Behaviour Group at Coventry University. 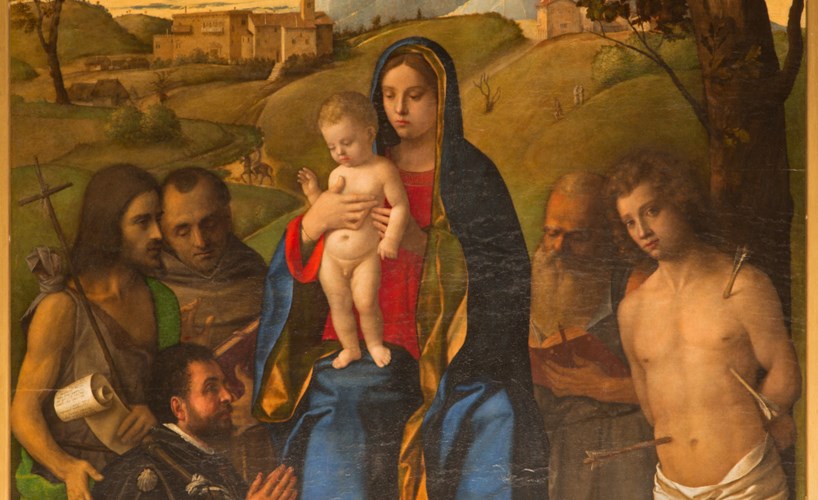 What is your aim when you sit down to write, or stand up to preach, a sermon? Many preachers will, in fact, have more than one goal in mind: to explore the scripture passage with the congregation, to explain, to show how the passage applies to life today, to encourage, challenge or persuade. If we, as preachers, are to achieve all - or any - of those goals, we need to know what we’re talking about, of course. But we also have to feel it. Heart knowledge is as important as head knowledge when making a convincing argument.

When we, as preachers, step into the pulpit or up to the lectern, we are unlikely to be facing a congregation all with the same level of need for emotion or for intellectual challenge. We won’t know which of their attitudes are based on their feelings and which on facts and figures. And yet, it is our job to persuade them, to encourage them to think more deeply about the scripture that underpins the sermon and their own faith and discipleship. To do that, we’re going to need both sound rational arguments and emotional resonance.

We see the use of both facts and feelings in a variety of ‘preaching’ scenarios in scripture. Perhaps one of the best uses of emotional argument is in 2 Samuel 12.1-4, in which Nathan tells David a story about a poor man who had no possessions but one lamb that was more family pet than livestock, and a rich man who selfishly took the poor man’s lamb to slaughter and feed his guest, rather than sacrificing one of his own flock. This is a very emotionally charged story, and one can’t help but feel the anguish of the poor man who has lost, not just the one thing of value he possessed, but also a beloved pet. David, we’re told, is moved to great anger against the rich man of the story. He has formed a very negative attitude towards the rich man and his actions. Then comes the part of the story David wasn’t expecting, ‘You are the man,’ Nathan says, and David admits that he has sinned. Would David have been contrite and repentant if Nathan had just laid out the facts – that taking another man’s wife and sending that man into battle was wrong? We don’t know, but it is possible that David might have been able to make excuses, to put emotional distance between himself and the facts. Facts alone might not have been enough to change his attitude to one of repentance. His emotional engagement with the story, however, enables him to accept the wrong he has done and to feel genuine remorse.

Paul, as we know, was a master of persuasive argument, and was able to blend both emotion and fact in his preaching and teaching. When Paul addresses the Areopagus in Athens (Acts 22.31), for example, he first engages the emotions of the Athenians by praising their religiosity. This would no doubt have created both a sense of personal pride, as Paul acknowledged their virtue, and also civic pride, in that their virtue could be seen in the city’s architecture in such a way that it was evident even to an outsider. The Athenians would, no doubt, have also then had positive feelings towards Paul, too, because he had paid them this compliment. Once he had them feeling good about themselves and him, he began to set out some facts about the Hebrew God, the creator of the cosmos.

Jesus himself uses both intellectual and emotional arguments in his teaching and in his encounters with the Pharisees and others. One example of this occurs in Matthew 12.24-30. When the Pharisees accuse Jesus of using demonic powers to cast out demons, he first refutes this with an intellectual argument, showing that their accusation makes no sense, ‘Every kingdom divided against itself is laid waste, and no city or house divided against itself will stand.’ He also raises the very logical question of by whom they cast out demons. But then he goes on to make use of emotional, ‘us and them’ language to challenge the Pharisees, ‘Whoever is not with me is against me, and whoever does not gather with me scatters.’

Whether we are using facts or feelings, we need to have a well-constructed, high-quality argument to make. Facts that are put together nonsensically or incoherent appeals to emotion are not effective ways to shape attitudes or encourage engagement with an idea or issue. Whether the message we are preaching is about trusting in our salvation or the need for Christians to care for the planet, we need to know our facts, and we have to be passionate about what we’re saying. After all, if we’re not passionate about it, why should anyone else be?

Despite her youth, the climate activist Greta Thunberg is already a confident speaker (and a prophet for our age) who uses both facts and emotion to get her message across. In her speech to the United Nations in September 2019, Ms Thunberg showed that she knew the facts about global temperature rise, CO2 emissions and politics. She also made an emotionally-based argument, talking about trust, responsibility and forgiveness. Her passion for her cause came through in her words and in her voice. There was no doubt that she cares deeply about the environment and the impact of climate change. She believes in what she is saying.

If we want to preach with passion and conviction, and persuade those in our congregation to heed our message, we should start by asking ourselves these questions:

How does this idea/issue/passage of scripture make me feel?

The answer to this question provides the basis for any emotionally based arguments we might wish to make. It will also ensure that we are honest in our preaching. If we start from what we truly feel about the subject, we will believe in what we are saying.

Why am I passionate about this idea/issue/passage of scripture?

This question helps us get to the heart of why the subject of our preaching matters. If you can share with the congregation the answer to this question, it gives transparency to your preaching - it makes clear that you’re not just saying what you think you ought to say or what you think they want to hear, you’re sharing something that is deeply meaningful to you.

What words and images will help my congregation feel and share that passion?

This question is about bringing your feelings to life for the congregation. Facts and figures may play a part in this, as they can often help people grasp the reality of an issue or situation. But stories and parables may help the congregation enter into your passion for the subject and catch your excitement or sense of urgency.