Mark is an Elder and regular Preacher at QE Park Baptist Church in Guildford. He tweets on the Psalter daily as @PsalterMark and blogs on the psalms and biblical interpretation at PsalterMark.com. He is an academic at the University of Surrey where his teaching and research focuses on advanced engineering materials. 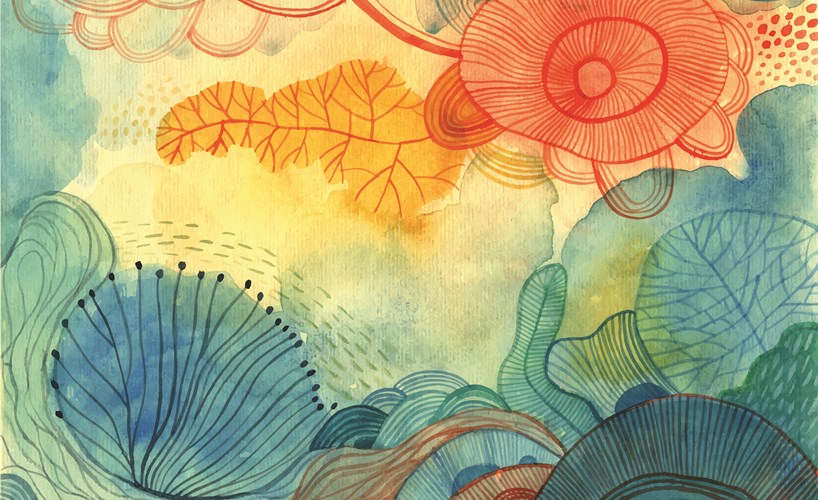 In the Psalter the psalmist calls for the singing of a new song six times. In this short article I want to explore how preaching can make each biblical psalm a new song. Arguably, and perhaps surprisingly, preaching is well equipped to enable them to sing anew. For although a psalm can be recast in fresh words that paraphrase the original, and set to a contemporary style of music, it is preaching that offers the time and space for a psalm to sing in all its richness.

It is this richness that is both the joy and the challenge of preaching a psalm. They are simultaneously scripture, songs, and poems. They contain wisdom, prophecy, instruction, lament, trust, theology, and confession. It is quite normal for any one psalm to contain a number of these diverse elements. Their richness has of course been celebrated through the ages. Luther, for example, claimed the Psalter was a Bible in miniature. Calvin saw every season of the soul mirrored there. Augustine and Bonhoeffer, in distinctly different ways, found Christ in these poems. Such witnesses leave us in no doubt that it is not the scope of content of a psalm that will limit the preacher. To preach a psalm is, however, not simply to say a lot of things about it. Faithfully preaching a psalm means making it sing anew. This can only be achieved by preserving it as a poem. Preaching a psalm is not a process of transformation that turns it into a different form but a process of translation that respects and preserves its very nature.

To this end, the preacher’s goal is for the biblical psalm to remain unchanged—each line, verse, and strophe unaltered. What will change is the listener’s appropriation of the psalm. In seeing it afresh, it can function at the level of our ‘innermost parts.’ A sermon will engage the mind, and of course the preacher will have worked hard intellectually, but a psalm will only be a new song if hearts and spirits are changed. Though the Spirit is the true author of such transformation, the ground of possibility is prepared by preserving the psalm as a poem. Such freshness and vitality, combined with preservation, is the best hope for a psalm to function as a mirror of the soul and to enable an experience of grace. For the rest of this article we will consider the psalm as a poem and the implications of this form for the preacher and the sermon.

The preacher has the privilege of chewing over Scripture, thereby discovering interesting details and valuable insights. Such efforts will shape understanding, but many details will have a limited place within a sermon. For example, many psalms exhibit extensive parallelism and attention to it often enables fuller appreciation of the imagery of a psalm. Whilst observing parallelism is essential for the exegesis of a psalm it is normally too technical, as a literary device, for direct exploration in a sermon. Some older introductions to the psalms ‘break’ these poems by unhelpfully and blandly categorising parallelism. Anyone who wants to appreciate the beauty of parallelism would do well to refer to Adele Berlin’s Dynamics of Biblical Parallelism. Parallelism takes a lot of getting used to for English readers. This is because although it is fundamental to Hebrew poetry and thought, it is all but absent from most English poetry. This might be one reason, and only one reason, why Psalm 23 is so beloved in the English-speaking world—parallelism is barely present in this psalm.

One of the most instructive ways for the preacher to imbibe a psalm, ahead of preaching it, is to discern its constituent units. Technically these are known as strophes. Recognising them is more challenging than it first appears because the Hebrew text makes no effort to break up each poem. Sometimes the various English Bible versions and commentators agree over this ‘strophic structure.’ On other occasions there are rival suggestions. With Psalm 23 and its six verses, for example, there is disagreement on what to do with verse 4. Does it belong with verses 1–3 (NIV), verses 4–5 (NASB), or does it sit on its own (NRSV)? The answer is arguably less important than the effort to make a personal informed judgement. Looking for the shape of a psalm often turns on how the mood or tone changes through the course of the poem. Sometimes there are dramatic leaps in emotion—from despair to thanksgiving (e.g. Ps. 6:7–8). In other cases, there is a jump from one voice to another. Psalm 23 is unusual, with no change in mood or voice. It displays faithful trust throughout, and it is also consistently in the first person. In stark contrast its neighbour, Psalm 24, is best appreciated as a theatrical worship liturgy with multiple voices.

Of course, the technicality of a poem is not what gets most preachers to the study, or the congregation listening intently. We should heed T. S. Eliot who famously pointed out the necessary distinction between enjoying and understanding a poem. It is the remarkable imagery of the psalms which is most likely to enable ‘enjoyment’. This aspect of their poetic nature not only needs to be appreciated by the preacher, but it also lends itself to being part of the sermon. Whether it is the discomfort of encountering a call to violence against infants or the delight of encouraging listeners that they can be fruitful and well-watered trees, nearly every psalm requires no extratextual illustration.

When preaching a psalm there is an enormous temptation to look to other parts of Scripture to enrich our understanding of it. For all the potential gains in doing this there can be a serious risk of simply flattening a psalm. Psalm 22 provides a good example of this possibility. As soon as we read this psalm, we remember how its opening words of despair and rejection were uttered by Jesus on the cross. At one level it is sensible, even vital, that we recognise this. Yet, we need to remember that before Jesus owned these words, in his acute suffering, these were the words of another. Taking this origin seriously, even if there are few certainties about the precise context, makes the connection with Jesus’ use of the psalm even richer. In seeing Jesus make the psalm cry anew, in the midst of his acute experience of dereliction, we see permission to make all of the psalms ours in every season of the soul. These words, these prayers, can become ours as though we wrote them. In this way, attention to the psalm itself without it being eclipsed by Christ on the cross—or other biblical events, texts or ideas—enables a psalm to function as Scripture, that is to transform preacher and congregation graciously.

Psalm 22 is generally categorised as a Psalm of Lament. Walter Brueggemann helpfully argues that such psalms—around one third of the Psalter—are psalms of disorientation. In his wider categorisation, with the clunky name of ‘typology of function,’ he views the psalms as fitting with an experience of disorientation, reorientation, and orientation. In this way, he proposes the closure of the gap between us and the psalm by clearing the obstacles to the emotional mirror that the psalm offers to the life of faith. The strength of this approach is that it explains the transformative capacity that two millennia of disciples have found in these 150 poems. The weakness is that the very emotional immediacy addressed is only one window, albeit a vital one, on a psalm.

In this way we return to the richness of the psalm. Each one is different, just as each preacher is unique. As preachers we can illuminate each psalm and make it a new song. This illumination comes from shining different lights on the psalm—the life of David, the ancient worship context, the psalm’s reception in art, the life of Jesus, its placement in the Psalter, the list goes on. The aim is not to illuminate a psalm like one would use spotlights on a museum exhibit. The goal is to see the psalm more clearly as a poem that reflectively and transformatively illuminates us as disciples, and the path on which we travel with Christ.

It is good to remember that each psalm was the subject of step-by-step inspiration and decision. Each one was written, then edited, then collected, and then incorporated into the Psalter. The hands of many custodians have providentially created, performed, and preserved these precious poems. As preachers we are simply their next promoter. Our hope is that we might enable the gathered community to sing a new song as we patiently await him who renews all creation.

Walter Brueggemann, The Psalms and the Life of Faith, Fortress Press, 1995.