Preach that Pandemic, Brothers and Sisters!

Meg is a Reader in the Church of England and a member of its General Synod. She teaches Old Testament/Hebrew Bible at Northern College in Manchester and speaks and preaches across the UK and internationally. Her most recent books are Joseph: A story of resilience (London: SPCK, 2020) and Megan Warner et al (eds.), Tragedies and Christian Congregations: The Practical Theology of Trauma (London/New York: Routledge, 2020). 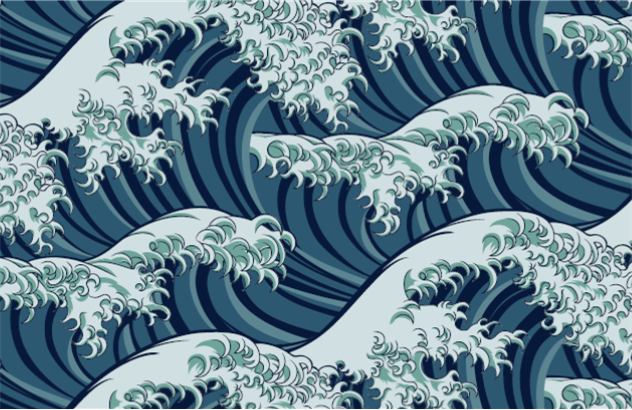 There is quite a lot of scholarship about the psalms of lament, but almost all of it has the same two things to say about them. The first thing is that we have sort of forgotten about the lament psalms, and the lament tradition more generally, in the Christian churches. The second thing is that we’re not especially good, as churches, at acknowledging the disasters going on all around us.

Everyone seems to have their own story of this church/world disconnect. Scottish theologian John Swinton (2007), for example, writes about his experience of attending church on the Sunday after the Omagh Bombing and being astounded to find that the bombings were not mentioned, and that the music chosen for the service was a selection of unremittingly upbeat praise songs.

This is a dramatic, but not unique, story. In fact, our Scriptures are an enormously valuable resource for this ministry of naming our experience (and in my experience the lectionary functions as ‘helper’ in this regard surprisingly often). You will already have your own list of the reasons why the Bible is an important resource at times of crisis and suffering (such as during a pandemic, just to take an example at random), but I’d like to share another that you might not have picked up on from your own reading.

Just as we worship in the context of our daily lives, and of the myriad joys, sorrows and crises that beset them, so the biblical authors wrote in the context of their lives and experiences. A recent trend in biblical scholarship has been to note the significant disasters and traumas suffered by the Israelites during the biblical period, and to connect them with the writings they produced. Some scholars today would argue that much, if not most, of the biblical material was written in the immediate aftermath of major disasters, which seem to have functioned as catalysts for the production of Scripture. In the Old Testament period the destruction of Jerusalem and the Temple by the Babylonians in the sixth century BC, and the consequent exile of many of the Israelites in Babylon, was the most significant of these disasters, although the period immediately following the return of the exile appears to have been almost as traumatic. In the New Testament period the second destruction of the Temple in AD 70 was the major disaster. It is no coincidence, say scholars, that three of the four gospels were written between 70 and 100 (ish) AD. Even Mark, the first of the gospels, was written in the context of a build-up of violence.

Some biblical books name the background circumstances of the time of writing. For example, the major prophets trace the experiences of the fall of Jerusalem, the exile and the return. Ezra and Nehemiah tell of events following the return from exile and offer accounts of tensions and hardships. Other books were written, or received significant editing, after all these events, but tell stories of earlier times, not mentioning current events. The gospels are just one example – the few references to the destruction of the Temple in their pages are indirect and oblique.

What does this mean for us, reading and preaching the Bible in our current context? I’d like to suggest that it means four things in particular.

The Biblical Text is Robust

The biblical books are not in any sense trite or fragile. They come out of the experiences of individuals and communities who have gone through the most painful and violent experiences that life can throw at human beings. They are written against a background of famines, wars, enslavement, political power struggles, natural disasters, forced migrations and apparent betrayal and desertion by God. The Bible has street cred. It understands suffering. And that means that the biblical stories, letters, poetry etc. that make up the Bible are robust resources for preaching in the context of disasters, including pandemics.[1]

The Bible Tells us we are Not Alone

Biblical stories remind us that we are not alone, and that our trials and tribulations are not unique. As unimaginable as some of today’s disasters may seem, God’s people lived through comparable experiences during the biblical period and we have their stories. We can therefore read, and preach, for the ‘company’ of others who understand the depth of the pain of our experience. We can also read, and preach, for the ‘company’ of the countless Jews and Christians who have found solace and meaning in these pages over millennia.

The Bible Offers Us a Language and Literature of Suffering

English Bible Scholar John Goldingay describes the psalms as ‘150 things that God doesn’t mind having said to him’.[2] When there are no words the psalms can step in and fill the gap. They cover pretty much every human emotion (edifying and otherwise). They also authorize expression, before God, of pretty much every human emotion (edifying and otherwise). The Bible also offers a literature to those who have no stories. Trying to live without stories can be excruciating, and one of the effects of trauma can be to make story-telling difficult or impossible. Here is a set of stories (robust, pre-loved and authorized) that can become our own stories and function as a foundation for our identity building, even after the most disorienting and destructive experiences.

Story-telling is an important element of building resilience. Specifically, what is important for resilience is preparedness to be flexible in the telling of the story of one’s life, allowing it to shift and develop with changing experiences. The re-telling of one’s story needn’t involve dramatic change. It is best when the resulting story resembles a tapestry or carpet, into which new experiences are woven, influencing the colour and pattern of the whole, but without making it an entirely new carpet. There are examples of re-telling of stories throughout the Bible. As a very quick example, think of the first words of John’s Gospel, ‘In the Beginning was the Word.’ What does John achieve by taking the first words of Genesis to begin his Gospel? Old Testament books written after the return from exile show how stories, laws and ideas changed in response to this event, and in response to the new circumstances in which the Israelites found themselves. New Testament books show how all these things changed again in light of the reality of Christ.

So, what does all of that mean for us in our preaching during this pandemic and at other times of crisis or disaster? First, I encourage you, in your preaching, to acknowledge what is going in the world right now, and how it is affecting people’s lives, well-being and emotions. This acknowledgement can require some degree of bravery, but I encourage you, secondly, to trust the Bible as a primary resource (and perhaps also to put some of your faith in the lectionary if you belong to a tradition that uses it). Just as you are used to finding parallels and linking themes between the various passages read in services at which you preach, get used to looking for parallels and linking themes between the readings and the world in which you and your congregation are living. Find out as much as you can, too, about the history of biblical times, and especially of the time or times when the readings were written. What had their authors experienced, and how might hearing about those experiences help to open up the readings for members of the congregation and help them to see the movement of the Holy Spirit in what is happening right now? ‘Interesting Times,’ like those we’re experiencing now, actually create opportunities for profound exchanges between preachers and congregations. It’s time to take a risk and say it how it is. Preach that pandemic, brothers and sisters!

[1] For more background to reading the Bible through the lens of trauma, and these four observations, see my longer discussion in Megan Warner, ‘Trauma Through the Lens of the Bible’ in Megan Warner, et al (eds.), Tragedies and Christian Congregations: The Practical Theology of Trauma (London: Routledge 2020) 81-91.

[2] Goldingay reportedly does not recall having said this. Generations of his students, however, remember him saying it!