Why Preach on Paul?

Revd Dr Ian Paul is Associate Minister at St Nic’s in Nottingham, Managing Editor of Grove Books Ltd, and a member of General Synod and the Archbishops’ Council. He blogs at www.psephizo.com 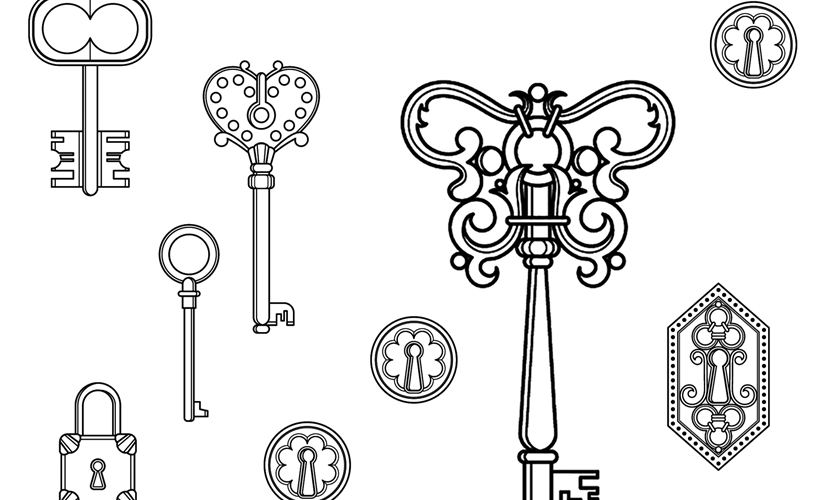 Sunday is coming, and we look ahead at the lectionary set readings. We have a passage from the Old Testament, a passage from the letters of the New Testament—often Paul, though sometimes one of the other letters or (worse still!) the Book of Revelation—and of course a gospel reading. Which shall we focus on? Most of us inevitably drift towards the gospel reading, and we think we have good reasons for doing this—but I believe we should be preaching on Paul more often. Here’s why, expressed as responses to seven common claims.

The most common reason for preferring preaching on the gospels rather than Paul is that we follow and worship Jesus—we are Christians, not Paulians! It is Jesus who is the sinless Son of God, the incarnate, tabernacling presence of God in the world, and not Paul.

Paul does include the challenging idea that his readers should ‘imitate’ him (1 Corinthians 4.16)—but only insofar as he imitates Jesus (1 Corinthians 11.1). Paul’s consistent concern is to point others to focus on Jesus, not on himself.

The gospel writers do tell stories about Jesus, and Jesus uses stories (parables) in his teaching. But in both cases, these are quite compressed, and are packed to the gunwales with rich theological ideas and biblical allusions. If we think they are ‘just telling stories’ then we will go astray! And Paul’s writings are full of vivid metaphors, as he uses the full range of rhetorical strategies to communicate the power and the passion of the good news.

We actually need very similar skills, and the same kind of careful attention, to read and preach well on the gospels and Paul.

I think this is a widespread conviction, in some places articulated explicitly, and in others hidden away: Jesus is radical, inclusive and progressive, whilst Paul is narrow, bigoted and exclusive. But a careful reading of the New Testament does not allow this kind of distinction.

On women, people sometimes think only of Paul’s comments in 1 Timothy 2.11–12: ‘A woman should learn in quietness and full submission. I do not permit a woman to teach or to assume authority over a man.’ Despite common readings of this text, Paul is actually inducting women into habits of learning which were largely confined to men in his culture; the qualities of ‘quietness’ and ‘submission’ were what were expected of all learners, male and female. The term used here for ‘assume authority’ is found nowhere else in the New Testament and refers to a violent seizing of control over others. Paul prohibits this of both men and women!

We can see elsewhere in his writings that Paul values both the leadership and teaching of women, crediting a whole range of women leaders in Romans 16, and numbering Junia as ‘outstanding amongst the apostles’ in Romans 16.7. The complex arguments in 1 Corinthians 11 are presented in order to allow women to pray and prophesy in the gathered congregation, and the Spirit gives gifts in 1 Corinthians 12 without regard to gender. (For more details on this, see my Grove booklet Women and Authority: the key biblical texts.)

On sexuality, Paul’s explicit teaching in Romans 1 and 1 Corinthians 6 appears to be in line with the teaching of Jesus, who endorsed the patterns of sexual ethics found in the Old Testament, and in fact raised the bar, focussing not merely on outward observance but also on inner attitude. If we are troubled by Paul’s lack of condemnation of slavery, then the same applies to Jesus—though in fact Paul appeals to slave as moral agents and appeals to masters to treat slaves ‘with equality’ (Colossians 4.1). All are free in Jesus, and all (including Paul) are slaves to Christ.

Whatever the challenges we have in reading the New Testament on these contested issues, we have the same challenges in the gospels as we do in Paul.

One of the challenges in reading letters is that they are ‘occasional’, that is, they are usually written to particular people at a particular time and addressing particular concerns. (This is less true of circular letters like James and 1 Peter, but even these have a particular context.) By contrast, the gospels appear to be written to a more general audience.

That is certainly true, but it is neither the radical difference between the gospels and letters we might suppose, nor is it without its own problems. I would argue that there are important parts of the gospels that we misinterpret—including Jesus’ teaching about ‘the sheep and the goats’, the parable of the ‘talents’, and even the infancy narratives—because we think they are speaking directly into our world, rather than belonging to another, ancient culture, from which they need to be translated.

In fact, what Paul offers us is precisely a model of making sense of the good news of Jesus in a quite different social and cultural context. Part of the complexity of Paul’s writings is that he is taking the good news of Jesus from a rural, Jewish context into a mostly urban Gentile one. He therefore has to undertake precisely the task of translation from one context to another that we ourselves must address—and so offers us some helpful models of how to do this. There were some major questions in the early church that the gospels did not address (including the vexed question of the status of Jewish food laws) but Paul is not afraid to tackle them.

Some of Paul’s writing is notoriously challenging. In Ephesians 1.3–6 we find one long, complex sentence packed full of theological ideas, which thankfully most English translations break up into shorter sentences for us—only for Paul to follow in Ephesians 1.7–10 with another one! And there has been much scholarly ink spilled on the language and ideas of his letter to the Christians in Rome. Perhaps it is a relief to hear even the voice of Peter admitting that ‘his letters contain some things that are hard to understand’ (2 Peter 3.16)!

And yet we could hardly accuse Jesus of being simplistic. His ethics in the Sermon on the Mount are demanding; his teaching on eschatology—the end of the world and all that—is often puzzling (though it is striking that his disciples found it less puzzling than his parables about sowers and fields); and his claims about himself in the Fourth Gospel were so offensive that it made people turn away (John 6.66).

If we want an easy life, we are not going to find it in the gospels!

Some people read Paul as hectoring and abrasive, throwing his weight around and asserting his views. In Galatians, he does not mince his words in his criticism of Peter, and he tells his ‘Judaizing’ opponents where to go and what to do in no uncertain terms!

And yet, all through his letters, Paul’s language is of appeal, rather than command. He never makes use of his authority as an apostle, but reasons with his readers on the basis of what God has done for us in Jesus—most notably in the ‘Christ hymn’ in Philippians 2. Paul is constantly seeking to heal divisions, bring unity, and restore fellowship amongst those he is writing to. He is open about his own past failures and present vulnerability. There is a great new exploration of this in Tim Gombis’ Power in Weakness: Paul’s transformed vision of ministry.

Paul is clear about the ‘wrath of God’ and the universality of human sin, the sacrificial death of Jesus which rescues us from judgement and the future ‘day of the Lord’ when Jesus returns and we will all give an account of ourselves. So is Jesus! No-one speaks more about judgement than Jesus, from the beginning of his announcement of the ‘kingdom of God’ and the need for us to ‘repent’, through language of ‘outer darkness’ and ‘wailing and gnashing of teeth’, to his final judgement parables. Paul and Jesus appear to be singing from the same hymn sheet on all of this.

Paul talks about the Old Testament scriptures as ‘God breathed’ and ‘useful for teaching, rebuking, correcting and training in righteousness, so that all God’s people may be thoroughly equipped for every good work’ (2 Timothy 3.16–17). The early followers of Jesus decided that, in these letters of Paul just as much as in the gospel accounts, God had once again spoken life-giving words to his people in these writings, so they added them to what we now call the Old Testament. If we do not preach on Paul as well as on the gospels, then our congregations will be missing out on being ‘equipped for every good work.’