Faith on the Anvil

Covid-19 Challenges for the Preacher in Northeast India

Dr Graviour is a Catholic priest of the Diocese of Kohima in Nagaland in North East India. He is now a resident professor teaching homiletics at Oriens Theological College in Shillong, Meghalaya in Assam. He provides here an Indian commentary on preaching and the pandemic. 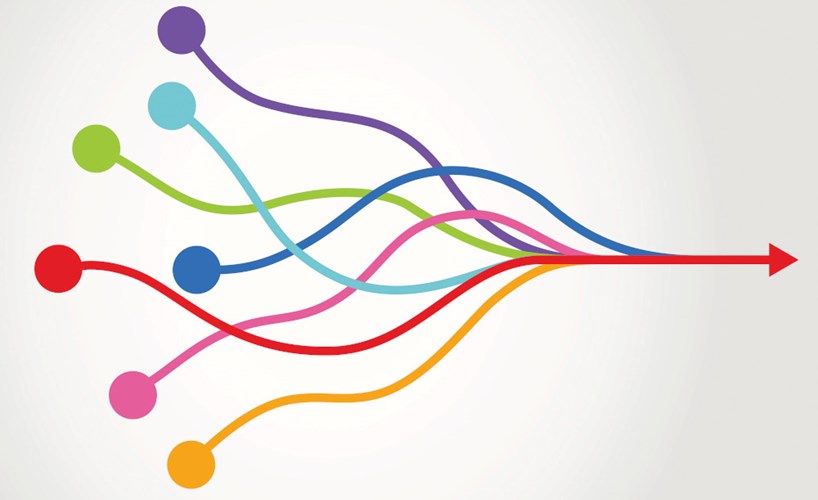 We have heard about the landing of aeroplanes. From flying at the heights of over 30,000 feet, it slowly comes down second after second. The passengers suddenly feel the thud on their feet as the wheels of the aircraft touch the floor of the runway. A hiss of the engine suddenly seems to grow into a roar. The running craft slows its speed. Slowly and finally it comes to a halt.

Years from now, many will sit around with their families listening wide-eyed to the details of a time when the world came to a standstill because of Covid-19. It was first reported on the last day of 2019 informing everyone just like any other item in the news bulletin. But its seriousness was felt as days and weeks passed in the newly dawned leap year 2020. First it was around the city of Wuhan, then in its neighbourhood, then in Iran, Italy, UK, the USA, Spain, and now it is in the entire globe. Perhaps for the first time, the whole world is gripped by the claws of a single virus in the same period.

The starting point for many inductive homilies is inevitably the havoc caused by the pandemic in India and elsewhere. This has included Covid-19 positive mothers being separated from their new-born babies and pregnant women not being able have regular check-ups. Senior citizens needing urgent medical and nursing care, have been unable to visit a doctor or find anyone to care for them. Daily wage-earners on whom their entire families depend for the survival have lost their jobs. Students unable to go to schools are facing an uncertain future while trying to follow online classes provided by their schools and migrants are often stuck in unknown places with no information on their whereabouts for their families. Street vendors have lost their livelihood due to lack of customers. Domestic violence has increased with victims unable to escape abusive family. It is these dire circumstances that the preacher has been obliged to address.

Meanwhile funerals have been poorly attended, due to fear and anxiety of being infected. Countless public servants, priests and religious, serving far away from the place of their birth have not been able to be present for the funeral of their dear ones or even make a visit to them during their sickness and in the last moments of their lives; a doctor from the city of Shillong who contacted the virus became a victim himself and was denied even a decent burial due to disruption by a mob of protesters because they thought that it would spread the virus.

Not only preaching, but routine pastoral care has been put to a severe test during the pandemic. Being unable to undertake frequent, or even occasional tours of the parish to oversee the educational and medical institutions, the ministry of the Church has received a great blow. The financial strains faced by the Church due to lack of donations, delayed and non-payment of fees by the students and patients, and exposure of Church personnel themselves to the virus all pose a major challenge to the pastoral work of the Church. There are parishes struggling to pay the staff in the school and health centres and even to pay for the electricity in their churches.

Positively, the pandemic has also opened the creative eyes of many preachers to the umpteen possibilities the social media offers to ensure that the proclamation of the Gospel never stops. The Second Vatican Council Decree on the Means of Social Communication (Inter Mirifica) issued on December 4, 1963 emphasised the importance of using social media responsibly, for the common good, and to enhance the apostolic ministry of the Church. Perhaps the ‘wonderful technological discoveries’ (IM, 1) of the modern world, the means of social communication, as they are called in the decree, have proved their greatness and beauty now more than any time in the past.

For the first time, one can say, that the reference to social communication in the 1975 apostolic exhortation of Pope Paul VI, Evangelii Nuntiandi, is brought home in a new way: ‘the Church would feel guilty before the Lord if she did not utilize these powerful means’ and that ‘through them that she proclaims “from the housetops” (cf. Mt 10:27; Lk 12:3)’ (EN, 45). The Church has realised how relevant and useful they are for preaching when necessity imposed the need to provide spiritual assistance when it was forbidden to gather in the Church due to social distancing. It was the moment when preachers availed of these powerful instruments of online communication to provide spiritual nourishment to their faithful.

The faithful on the other hand felt that the means of social communications are not only for entertainment but also for instruction, education, prayer, and worship. We could observe proliferation of Sunday homilies delivered on YouTube in numerous dialects, given by priests from indigenous communities. Means of social communication which had too often been used without moderation for useless or immoral purposes were now becoming an indispensable for nobler purposes. Family members once bickering over the choice of a channel could be seen participating in the Mass in front of their TV sets.

The Catholic Church in Northeast India will not forget a recent important ecclesial event, an episcopal ordination, held at Tura, Meghalaya. Covid-19 has taught with great clarity how community celebrations should be organised. What would have been a gathering of several thousands of people was organised with just hundreds that could be counted, and what would have seen the participation of the heads of fifteen dioceses in the region of Northeast India ended with a participation of the minimum number of ministers needed for an episcopal ordination. It was also the moment when the need was felt by the Church leaders to point out to many negligent pastors, in numerous places, their guilt for not having done anything to care for the spiritual nourishment of the faithful, making COVID-19 an excuse.

Perhaps more than in other countries, in India we have witnessed, tragic scenes in the wake of the pandemic. Everyone is now experiencing the ‘unlocking phase’. Even though the number of infections shows no signs of abating, people continue to be exposed more and more to this pandemic and its consequent tragedies. Reports state that human migration witnessed by India in March-April 2020 far exceeded the human migration that followed the Independence of India in 1947. However, records and reports written from the prism of politics and ideology try their best to hide the facts and figures of suffering and pain amongst our poorest citizens who are often accepting of their sufferings and attributing it to fate, consoling themselves saying that the elements, believed to be gods and goddesses are witnesses to what they are going through and that they will give them justice one day.

The pandemic is so strong and widespread because it does not have an antidote that is equal in measure and strength. While this infecting virus is ‘pandemic,’ an antidote, a vaccine, which is yet to be made available, shows signs of being transacted for the benefit of only some areas of the globe. Self-seeking individuals and nations do not seem to help others. In this context, the insightful statement of the Prefect of the Congregation for the Evangelisation of People, Cardinal Luis Tagle, who himself was a victim of Corona virus, is highly relevant and needs to be heeded and made into a reality, ‘A Pandemic requires a pandemic response’ (Zenit, Sept. 25).

Individuals who have realised the need of such spirit to counter the pandemic do exist in our planet earth. Covid-19 has brought to the surface of the world the fact that it does have good Samaritans who care about their neighbours. The one who can be taken to represent such persons is Somu Sood, an Indian film actor from Punjab state, who has won the hearts of thousands of poor Indians for his magnanimous initiatives during this pandemic crisis. In July he helped thousands of migrant workers to reach their homes by arranging busses, trains, and charted flights. He arranged charted flights for more than 1500 Indian students to reach their homes from Kyrgyzstan which made people hail him as ‘real-life hero.’ In August he again arranged a charted flight for more than hundred stranded Indian medical students in Moscow to reach their home in India, to mention only a few of his outstanding humanitarian efforts.

While that being a source of inspiration, there is a small village named Munnai in Megahalaya, which can be taken to represent many other villages in the remote corners of the hills of Northeast India. Despite the ravages of pandemic in their state, the parishioners of St. Martin of Tours at Munnai, have not lost anything – peace or joy or their livelihood. Their life goes on as if nothing has happened. Being in a small village and far away from the city, they are safe from infection. Their life today is as it was in pre-Covid-19 days. They rise in the morning to go to the field, work the whole day and return home to enjoy what their labour and land blesses them with. Their prayer meeting in groups in their small churches were not affected; the scarcity of essential commodities which brought innumerable suffering to urban populations was not even understood by them. For, they have all that they had before – rice, vegetables, and fruits from fields. Their domestic fowls and animals give them meat and the nearby river provides them fish. Lack of electricity, lack of conveyances and rising cost of fuels make no sense to them as they are problems of the town dwellers. They are happy and have strong faith in God who takes care of them. For the word of the Lord to Joshua holds true: ‘Have I not commanded you? Be strong and courageous. Do not be afraid; do not be discouraged, for the Lord your God will be with you’ (Joshua 1:9).