"Performance art is, by its nature, both collaborative and disruptive to the status quo"

Natalie is Associate Professor of Contextual Education and Theology at Emmanuel College (Toronto). She is the author of Ethnographic Theology: An Inquiry Into the Production of Theological Knowledge (2013) and Transgressive Devotion: Theology as Performance Art (2021). 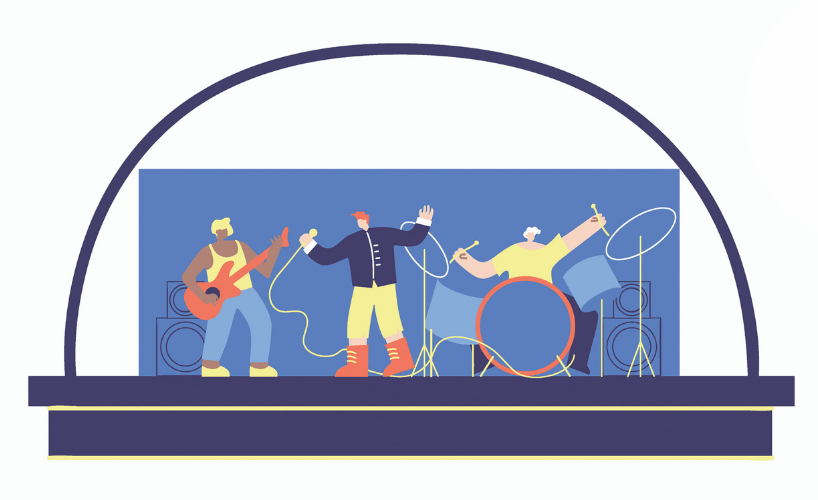 I’ve always been a bit of a theatre nerd. And whatever I lack in talent, I make up for with my enthusiasm. Whether my childhood teacher cast me in our school’s Nativity play as simply a robin or as chief-robin-in-charge is lost to history. But the fact that I didn’t rate as any of Shepherds 1-7, Angels 1-12 and – certainly not – the Virgin Mother herself didn’t stop me from heralding Christ’s birth with more vigour and longevity than the script required (or, in Miss Donavan’s eyes, permitted). ‘Cheep, cheep’” I proclaimed. ‘Wake up! The Lord is Come!’ as I flapped my home-made wings in praise.

The word performance comes with a lot of baggage. Perhaps I really was trying to hog a limelight that wasn’t by rights mine. Still, there was power in my pint-sized insistence that those of us cast to the periphery also got to play a real role in the Word becoming flesh. Because that’s just it: The Word became flesh! And the whole-bodied nature of performance is sometimes necessary to bring that truth to life.

The celebrity-status some performance artists enjoy can eclipse the collaborative nature of their work. Marina Abramovic had a guest appearance on Sex in the City, for goodness sakes. But a work like her (in)famous The Artist is Present (2010) couldn’t have happened without the participation of those it gathered together.

For this performance, Abramovic sat still and silently in a chair at the centre of a taped-off area: no snacks, water or bathroom breaks. Museumgoers took turns sitting in the chair opposite her, each one for as long as they wanted – causing palpable tension whenever the gathered collectively discerned someone had taken more than their fair share of Abramovic’s time. Whether or not you would agree that this constitutes ‘art,’ the fact remains that it took everyone present to make it into what it was.

Because, whatever happened between the people in the chairs spilled out into the gathered, whose energy in turn re-animated what happened in the chairs. Lines between performer, participant and audience kept blurring until the network of relations emerging in the room were what mattered.

This happens with preaching, too.

It began humbly enough. I was preaching a sermon in our campus chapel on Psalm 51, the prototypical biblical example for repentance. I wanted to expose the sexual violence of David’s sin against Bathsheba, to show that it wasn’t the adultery too often named. But I knew the gathered would need support to engage the affective dimensions of these brutal facts. So, I partnered with a musician to punctuate the sermon with verses from Leonard Cohen’s, ‘Come Healing.’ Neither my words nor the lyrics were intended to interpret each other directly. Rather, their themes were to resonate in a way that drew each congregant’s affective awareness into engagement with them.

What I couldn’t have known as I planned this sermon was that #metoo would break two nights before. Everyone arrived exhausted from 48 hours of engaging stories about powerful men abusing their power. We always preach from and to a particular context, whether we intend to or not. But if I’d tried to preach directly to #metoo, the afternoon we spent together in the aftermath of its advent wouldn’t have had the impact that it did.

From the pulpit I watched the rhythm of response. Those who experienced the song’s lyrics as respite from the sermon’s overwhelm, and those who experienced the reverse. Those who consented to being poured out through the words’ and lyrics’ interplay. The gentle care of a hand on a shoulder of someone weeping. Those who had never thought about these devastating Scriptures in this way and those who had but who for the first time now found space to engage them without flinching to immediate rejection.

Following the sermon, some lingerers left together, heading straight to the pub to unpack their experience: not so much the sermon itself, but that strange collaboration of all the component parts of a shared afternoon – the collaborative care that every contributor to that ‘sermon’ made possible.

I used to attend a church that did its best to welcome people with diverse (dis)abilities. Because such churches typically decentre the sermon’s role, I was surprised to learn St. George’s didn’t. How inclusive can they be, I wondered, if they still practice such an exclusionary liturgical act?

One congregant – I’ll call him Ron – didn’t communicate using words. Rather, he used gesture, shudders, guttural sounds, and whoops. At least once during any sermon Ron would walk up to the pulpit to scream at the preacher. And if that preacher had foolishly left their beverage unattended, Ron would often help himself to a swig.

In response to Ron’s whoops, people with hearing impediments (those who actually wanted to hear the sermon, anyway) sat near the front. People with all kinds of hearing who didn’t care about the sermon sat near the back. Everyone else sat in the middle. There was space behind the pews for people who liked to move around. It was a great place for kids!

None of this choreography was particularly unique to St. George’s, but the first time I saw R drink the preacher’s water was the first time I realized: this wasn’t all just happening during the sermon, it was somehow happening as a part of the sermon. In fact, all of us together contributed to that ‘sermon’ section of the bulletin in our own more or less disruptive way.

This performance resonates with but was also somehow different than the other one. A kind of organic flowing into something together – something shared – happened with the accidentally-#metoo sermon. At St. George’s, alternatively, the effect was performative disruption that liberated us all towards our own disruptive ways of moving through the worship and the world.

The word performance comes with a lot of baggage. Performance art gets dismissed not only as self-indulgent but also as somehow not even art at all. But preaching as performance art isn’t about the preacher’s performance. Rather, it’s about how a preacher can gather individuals together into a collaborative event that becomes more than the sum of its parts.

I’m not suggesting that preachers should replicate the #metoo sermon or St. George model—both had such the feel of unexpected gift that I wouldn’t even know how to instruct you how to do so! But I am suggesting that when preachers take stock of their context, they allow the borders between preacher, participants, and congregation to blur. Understanding the sermon not as the sole or even lead actor in a liturgy of the Word but, rather, as a mode for (dis)organizing the community’s collaborative care might, at the very least, open new possibilities for how God herself can become the artist who gathers us all together into creative embrace.