Through A Glass Darkly: Journeys through Science, Faith and Doubt

Review by Neville Manning, Retired Priest in the Diocese of Chichester 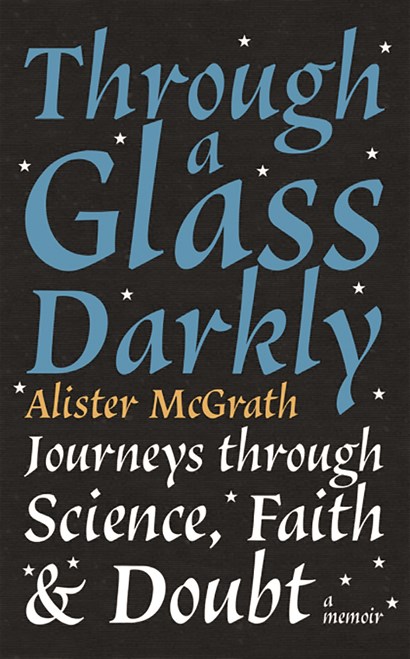 Most readers of this journal will be aware of the writings of Alister McGrath, particularly those in response to the views of Richard Dawkins. ‘Through a Glass Darkly’ (the title reflects words of St. Paul in 1 Corinthians 13) is a little different from his other writing. Although it has a strongly autobiographical content it is really the account of his own spiritual journey. From scientific study alongside a rejection of any religious claims he moved eventually to Christian Faith, and the realisation that scientific study and religious belief are not enemies but companions in our always limited efforts to understand what life is all about. Scientific studies are more provisional than the likes of Richard Dawkins will admit, yet science and religion are different but complementary maps of reality. Science reveals a good deal about how our world works, while religious belief, especially Christian Faith, helps us to understand what it all means.

McGrath acknowledges his indebtedness to many other thinkers. Among them are the philosopher Mary Midgely, with her recognition of the changing nature of philosophical thought, and C. S. Lewis, who like the author came from Ireland and also took the journey from scepticism to belief.

But readers of this journal will be asking how can this book contribute to my preaching ministry? References to preaching in the book are incidental and yet important. McGrath records how he was sent after Ordination to be part of a ministry team in the Cotswolds, not too far from the University of Oxford where he was based. In those Cotswold churches he learnt to LISTEN to those to whom he preached and learnt something about how a high-powered academic could communicate with a congregation. I wonder how far we who preach also take time to listen to those who hear us. In this McGrath was prompted by the advice of C. S. Lewis about ‘learning the language of your audience.’

I found myself prompted by some of the writer’s thought on Christian beliefs which I have duly noted in my little notebook of seed ideas for possible sermons. Among them are his reflections on the Trinity (with reference to Irenaeus), his thoughts about epiphany moments in life, and his suggestion that the Church is like a hospital for broken people (as per Augustine). I suspect that amongst some people, even in congregations, there lingers the suspicion that science and religion are sworn enemies and not companions, so the writer’s thoughts are relevant to that pastoral issue.

There is a healthy breadth of thought in this book in its deep appreciation of both scientific and religious study. Interestingly McGrath has been known to attend Oxford Anglican Churches of both Evangelical and Anglo Catholic persuasions! As the title of the book suggests religious faith is not about absolute certainties, yet the Christian Faith offers us a framework of understanding which leaves room for a reverent agnosticism over some of the details. 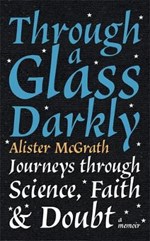 Through a Glass Darkly

A memoir mapping the journey from atheism to faith, and how both connect with scientific discovery.