Black, Gay, British, Christian, Queer: The Church and the Famine of Grace 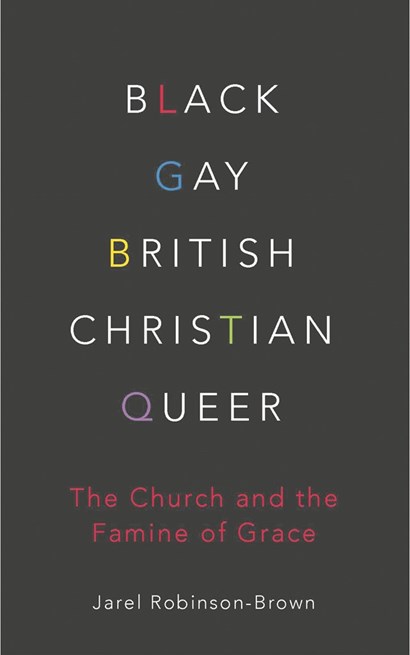 As a white, straight, female, middle-class curate in the Church of England in an unusual ‘secular’ role, I feel that I’ve had a disproportionate misunderstanding of my own Church of England (CoE) ministry. However, in Black, Gay, British, Christian, Queer, the author, Jarel, highlights the massive misunderstanding faced not just by the Christian LGBTQ+ community but, specifically, the Black and Christian LGBTQ+ community, a double disadvantage you might say. A thought-provoking read for me, and a must-read especially for those engaging in the ‘Living in Love and Faith’ discussions currently taking place in different CofE parishes, Jarel speaks from a place of authority, being himself a black, queer priest. The book focuses on the interpretation of the grace of God, defined as ‘God’s unconditional love of all people,’ and how that is expressed (or not) in many churches.

As I write this review in Advent, it is of note that Jarel discusses that the Incarnation is the most important event in the church year for the Black, Christian, LGBTQ+ community and emphatically acts as God’s sign to the world of being ‘with those who live at the margins of society.’ This includes refugees, the homeless, those who die too young due to brutality, and all women whom society fails to see. God demonstrates in the Bethlehem birth, what the majority of churches fail to grasp: ‘the deep, sympathetic communion that is God’s solidarity with all humankind.’ The grace of God is, of course, there from the cradle to the cross. The excluded and suffering Christ, crucified on the cross, demonstrates the self-emptying of Jesus, and a love that asks for nothing in return, in response to the will of his Father. The Black Christian LGBTQ+ community represents a people outside of church, a crucified people, if you will, and a ‘mirror to the world.’ In the crucifixion of Christ, we can see the marks of the crucified people of our times.

Of course, that message of grace for all is there from the very beginning of the Scriptures in Genesis 1:27: ‘God created humankind in His image, in the image of God He created them.’ Indeed, as Jarel states, everyone created carries something of ‘God’s blueprint.’ It is therefore logical that ‘What would it mean, if God, heaving created us in God’s likeness, did not love that which is created as reflection of the God who creates?’

The Black and Queer space occupies a uniquely lonely place in the world where grace should be all-encompassing. I was not aware of the underlying circumstances that mean many Black-majority churches can become embroiled in White Supremacist and body-phobic politics, so that Black Christian communities may ostracise their Black LGBTQ+ sisters and brothers. A pursuit of Black liberation theology is not, necessarily, a pursuit of Black LGBTQ+ liberation theology, a distinction probably not apparent to those of us in the heterosexual community. In a similar way, the Pride movement does not always offer a safe space for the Black LGBTQ+ community and UK Black Pride has developed in answer to this need.

Finally, to say this is a book rejecting the Church would be wrong; instead Jarel cries out for the Church to be true to the life of Jesus Christ as that is what we are called to be, aren’t we? If you come away with one message from this book it is, as Jarel eloquently writes, ‘To understand those with whom we share space in this world, we need to see them as God sees them without the longing to turn them into who we want them to be. To do otherwise is to love others only insofar as they become what we want them to become.’

Save 10% on the RRP when you order this book from chbookshop.co.uk. Add the voucher code PREACHER22 at the basket to receive the discount: 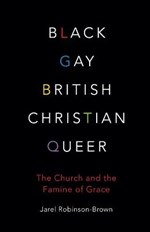 In this honest, timely and provocative book, Jarel Robinson-Brown argues that there is deeper work to be done if the body of Christ is going to fully accept the bodies of those who are black and gay.