Autobiographical Preaching from a Pentecostal Perspective

Alton is Pastor of Wembley Family Church, a congregation of the Assemblies of the First Born 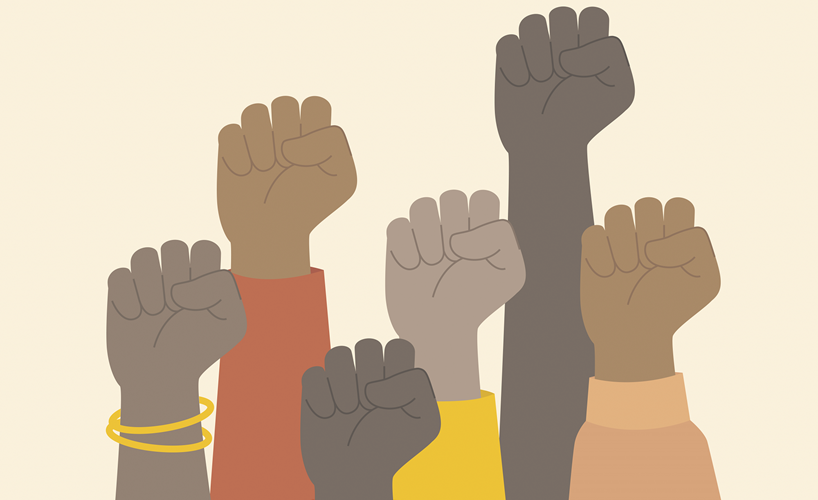 A sermon addresses scriptural, theological, or moral topics, and often includes exposition, exhortation, and practical application. Autobiographical preaching not only encapsulates the lifestyle and experiences of the preacher, but it also reflects his or her devotional life. This is true also for Pentecostal preaching.

The vast majority of Black Pentecostal Christians living in the UK have a direct link to the enslavement of Africans circa 1450s to 1830s, either in the British colonies where enslavement was practised or on the continent of Africa. And many of the descendants of those who were enslaved are residing in the UK today. The legacies of colonialism are therefore evident in the preaching of many untrained pastors, so much so that their focus is heavenward rather than challenges, such as gun and knife crime, racial profiling and social injustices that are faced by their communities daily. Beckford (2014) calls this the bewitchment of colonial Christianity and posits that black Pentecostal Christians need to be exorcised from this malevolent socio-political condition that has entrapped them so that they become more aware of the socio-political hegemonic structures and by speaking truth to power, dismantle them. Although the colonialists sought to de-Africanise the enslaved, scholarly research suggests that the enslaved retained some of their indigenous practices and reinterpreted European Christianity in their sacred spaces (Tomlin, 2019: 4). As a consequence, orality and extemporaneous forms of sermons became the norm for most Black Pentecostal preachers.

It is against this backdrop that Black preachers ascend to the pulpit to preach the word as the final and most important section of a Pentecostal worship service (Edwards, 1992). For the congregation, the ‘word’ or the message is the centre piece of the gathering. As Joel Edwards (1992: 53) pointed out, to obtain the people’s commendation, the preacher must have developed a good track record and be faithful in doctrine and presence. And must also engage the audience and have a message from God for the people for that particular time and season.

I want to suggest that autobiographical preaching must not just reflect the lifestyle and experiences of the preacher, but it must also be a means of speaking truth to power to bring about commutative, distributive, legal and social justice.

The sermon by Bishop Curry at the wedding of Meghan Markle and Prince Harry Windsor in May 2018 was an Anglican service, but Bishop Michael Curry’s delivery was extemporaneous and typical of preachers from the Black Pentecostal churches (Edwards, 1992: 59).

His sermon was based on the Old Testament wisdom letter, the Songs of Solomon, Chapters 2 and 8. Moving from the descriptor of love by Solomon to that by Jesus and finally to the love that liberated the slaves in the antebellum period in the Americas, he quoted Jesus’ response when he was asked by a lawyer, which commandment is the greatest that we should love the Lord their God with heart, soul and mind and love their neighbour as ourselves (Luke 10 and Matthew 22).

Bishop Curry used his fifteen minutes wisely and stated that during the antebellum period, when Africans were enslaved by Western powers, it was the power of love and their ability to sing and worship through the catastrophe of enslavement, that kept them alive and sane.

Moving seamlessly from the Old Testament to the New and then into the contemporary era, he stressed that there is power in love to liberate if ‘that force’ is harnessed. Just as the power of steam and then electricity brought about technological advancement that transformed the entire world, if the power of love could be harnessed, like that of fire, the world would be transformed. Was Bishop Curry hinting that the marriage of a descendant of a former slave owner to the descendent of a former slave, was the union that could bring about social and psychological transformation? I will address this is the conclusion.

I want to suggest that his use of the metaphor of fire to symbolize the passion of a couple ‘in love’ and the fact that he juxtaposes that against the harnessing of fire to fuel technological progress, implies that he sees this union as one that could transform humanity in the twenty-first century and shift the ‘colour line.’ His sermon challenges the postmodern notions and the epistemology and spirituality which posits that one does not relate to the other.

HOW IS THIS EVENT EDUCATIONAL AND WHAT DOES IT MEAN FOR ONTOLOGICAL BLACKNESS?

What does it mean to be a Black person in West? By making God the guarantor of knowledge, white hegemony has been indelibly stamped into the psyche of those in the West. W.E.B Dubois (1903) stated that this was the problem of the twentieth century, that of the colour line. This line was fixed by the pigmentocratic system, instituted during the colonial period, as mentioned earlier, where a person was located in society according to the hue of their skin or by the percentage of European blood they contained. Since Western societies were constructed this way, it would appear that the goal of many Black people in the West, was to aspire to be white.

During the sermon Bishop Curry frequently quoted Dr Martin Luther King Jnr., who dreamt that one day ‘the descendent of slaves and the descendent of former slave owners would sit together at the table of brotherhood.’ At this worship event, in one of the most prestigious edifices of the former British Empire, a prince from one of the oldest dynasties in Europe and a mixed heritage, divorced American woman, declared their unconditionally love for each other at the altar of brotherhood.

By identifying as a woman of colour, and by including Black people at every stage of her wedding service, Meghan Markle sends a message to the power holders in the West that Black lives really do matter.

Although on the surface the marriage of this young couple, albeit two rich well connected young people, seems to be the fairy-tale that only occurs in Hollywood films. The prophetic nature and wide-ranging impact need further investigation. If we believe that God is at work in the world he created, and that his timing is not subject to ours, then we need to analyse this event within a wider context. The Old Testament prophets were designated to call out injustice to bring about societal transformation, since the Psalmist reminds us that ‘The foundation of God’s throne is righteousness and Justice’ (Psalm 89:14). The scope of this essay does not lend itself to delve into the depths of the biblical history, suffice it to say that societal change will only occur when the status quo is disrupted. Like Esther, could Meghan Markle be the catalyst to bring about societal transformation?

The Postcolonial West has never properly dealt with the fallout from the enslavement of Africans, this is the inherited autobiography of preachers with an African phenotype. Nor has the Christian Church atoned for its complicity in the heinous trade. In Documentary as Exorcism, Beckford (2014, 71) narrates the complicit relationship of Christianity with European expansion, slavery, and colonialism as a historic manifestation of evil. This is what he calls the cannibalistic practices of colonialism that devoured Black life, and the Church’s role in subjugation and theological legalisation of Black bodies. This is colonial Christianity with its malevolent and occult practices as a form of bewitchment that must be exorcised.

WHAT DOES THIS MEAN FOR THE PEOPLE OF GOD GOING FORWARD?

Transformation is never evident immediately, since the nature of a prophetic event is to foretell what will occurs in the future. Consequently, the events following the wedding of Meghan and Harry has compelled the world to look again at colourism, racism and the inherited epistemologies that worships the strong and powerful and disparages the weak and ‘other’.

As a way of life, autobiographical preaching must not only reflect the way of life of the preacher, but must be God centred, that is, having a sense of what God requires of all humanity. To ‘do justly, and to love mercy and to walk humbly with his/her God.’

Gerloff, R, (2000)) An African Continuum in Variation: The African Christian Diaspora in Britain. Black Theology in Britain: A Journal of Contextual Praxis (4), pp.84-112.

Hays, J Daniel, (2003) From every People and Nation: A biblical theology of race, Nottingham: IVP.