Cancel culture: Preaching Perceived Corresponding to the Condition of the Hearer

Father Kenneth is a Conventual Franciscan and Visiting Professor in Spirituality at Saint Joseph Seminary College in Louisiana, who publishes frequently on spirituality and ministry 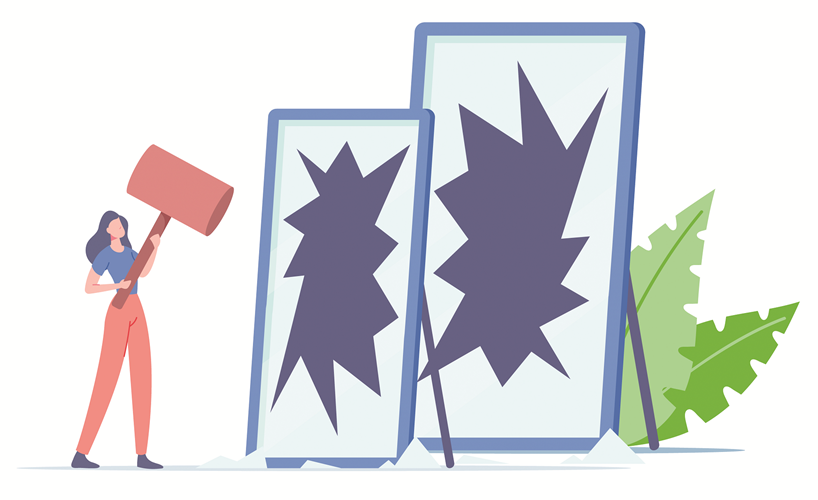 ‘Cancel culture’ is found in dictionaries, yet still difficult to define. Differences by generation, nation, and political persuasion affect the connotation of the term. For preachers, however, a helpful description may be the assumption that the preacher’s own experience is universal, and therefore, at least always comprehensible if not normative. Such an assumption may cancel or erase the significant experiences of members of the same preacher’s assembly and confuse others. The four sobering, but genuine examples (with details changed to protect identities) of poor communication due to such assumptions which follow demonstrate the seriousness of the discussion concerning autobiographical preaching.

FIRST EXAMPLE: THE TRUTH BUT NOT THE WHOLE TRUTH

A religious organization held a series of interracial conversations when their area was beset by violence. Then all the members committed to a prayer they composed, which mentioned the violence associated with racism. The text of the prayer was printed on one side of a card with a photograph of a local statue on the other. Unfortunately, the statue was of Nathan Bedford Forrest. Forrest was a brave, brilliant, self-taught Confederate Calvary officer during the American civil war, and a self-made wealthy man. His wealth, however, was earned as a slave trader; he probably murdered African American troops who surrendered to him during the war, and likely was a founding member of a premier post-war, racist organization called the Klu Klux Klan.

The error was quickly corrected but remains a graphic example of destructive assumptions concerning the universality of one’s own experience.

Whenever preachers use autobiography in their sermons, they too risk assuming that their own experience is universal, and therefore, at least always comprehensible if not normative. They risk cancelling or erasing the experience of some members of the church, and confusing others. This is especially true with a congregation that is racially or ethnically mixed, but also increasingly frequent in any intergenerational community.

SECOND EXAMPLE: THE MORE THINGS CHANGE, THE MORE THERE REMAINS TO DISCLAIM

Demographers note that generational shifts now occur every decade rather than every twentyfive years. Thus, today a single assembly might comprise more than simply three generations. Although there may still be some shared idiomatic expressions or cultural icons among those generations, there are also risks in such assumptions. A preacher born before 1980 may say ‘tick tock’ while referring to the passage of time, but younger hearers might presume the reference is to a video sharing service.

A society that in thirty years has moved from broadcast to cable to smart phone may no longer have reliable, shared experiences. And turning sermons into selfies may be more a reaction than a response. Consider society’s different responses to the polio versus the covid vaccines. Few doubted the efficacy of the polio vaccine for many reasons; however, one reason was that sources of information were limited. Therefore, most people received the same information. With today’s social media, family members who share the same food at the dinner table may consume wildly conflicting information about the same subject in their respective news feed. Hence, some may vaccinate and wear masks while others believe the virus a hoax. Unlike previous generations, this historically unique situation may require less of a monologue (one preacher presenting a single autobiographical perspective) and more of a dialogue, that is, a preacher who has held deep discussions with a variety of people as part of sermon preparation. And, of course, it is a challenge to both younger as well as older preachers if they have congregants of differing ages.

Without even exploring other similarly different views driven by rapid social change and consequent generational and regional differences concerning same sex marriage or binary genders, another stark, but genuine story illustrates at the very least the different perspectives women and men often have of the same experience.

A woman suffering from breast cancer followed her doctor’s advice to have her right breast removed and surgically reconstructed in part due to his assurance that after the reconstruction ‘both breasts will feel exactly the same.’ However, after her recovery the patient returned to him very worried because, ‘I can tell a real difference between my right and left breasts, which must mean something in the procedure went wrong.’ He responded sheepishly, ‘I meant it would feel the same to your husband.’ The male doctor’s assumption that his experience is at least comprehended by his female audience, if not normative, was a disastrous mistake in professional communication. Do preachers ever make similar, disastrous assumptions and yet never even have the opportunity this doctor had to know how poorly he was communicating?

Some Christian traditions give greater weight to the importance and frequency of witnessing or personal testimony than to creeds or denominational declarations. However, ideally such personal testimony is more memoir than autobiography. An autobiography tends toward the lengthy self-description of someone deemed worthy of historical note, and frequent autobiographical references by preachers may suggest they are such worthies. More like a memoir, however, Christian testimony focuses on the conversion of ordinary persons due to their extraordinary experiences of grace. In fact, such memoir may rightly evoke the experiences of some people previously overlooked by a society or church whose perspective has always been considered universal and normative. However, the test of a testimony is the focus: are listeners drawn more to the source of conversion or to the drama of the converted? Authentic emotion never manipulates although it may invoke the preacher’s own feelings and engage the emotions of others. Dramatics, however, manipulates the assembly and overpowers the message. Reality television is scripted, but it has crafted expectations of such emotional drama. Preachers who follow that script may be successful yet not faithful. Further, they may mistake a taste for such spectacle as universal. However, many members of the assembly experience such a preaching performance as self-referential or self-absorbed. Again, the unexamined assumption that the preacher’s own experience is universal, and therefore, normative may dismiss the experience of many listeners, and confuse others. A witness may be as self-reverential as a memoir without becoming as self-referential as an autobiography.

Unfortunately, autobiographical preaching need not be obvious to be similarly self-referential. For example, preachers who flaunt their mastery of Biblical languages or strut their theological sophistication not only seem to display a boastful opinion of themselves but may appear to assume their listeners are spiritual naïfs. Try another (this time more humorous) thought experiment: Identify the following three paraphrases of Scripture.

It is more unproblematic for a cud-chewing mammal native to desert regions to penetrate the orifice of a sharp sewing implement then for those possessing material wealth to cross the threshold of the realm of our deity.

Anyone inclined to conserve his biological existence shall become extinct.

Invoke with petition and your supplication will be granted, attempt to establish the existence of your investigation and you will detect a discovery. Vigorously strike upon the hinged barrier to an entrance and it will become unobstructed.

These ponderous paraphrases exemplify the swagger that tempts preachers versus the simplicity of the person about whom they preach.

We preach Christ. And in the Synoptic Gospels, Christ rarely preaches via autobiography. Rather instead he preached with examples from the lives of his listeners rather than from his own hidden life in Nazareth. Jesus spoke of sheep and servants, farmers and fishermen, Samaritans and sinners, lepers and Levites, fig trees and friendship, treasure and tax collectors. Even in the Gospel of John although Jesus uses more ‘I’ and ‘me’ language, he is still not using such pronouns to refer solely to himself, but rather to refer his hearers to our Father.

If all we knew about the life of Christ were what he said about himself in his sermons, we would know very few autobiographic details about his family, previous occupation, education, or travels. Yet his preaching was authoritative without being autobiographic. Sometimes, however, he is apologetic (in the sense of the explanation of doctrine against objections) as when he defends himself before concluding that a house divided cannot stand. However, this is autobiography less for evangelization than for clarification.

Saint Paul follows the same pattern. In the longest sermon we have of his (Acts 17) although he speaks of himself, it is in reference to what he learned about his listeners. He leads with the best of their own culture and philosophy and uses it as a scaffold to introduce not specifics about himself, but salvation. Again, even the details of his wanderings about Athens were less autobiographic than apologetic, that is, in response to Stoic and Epicurean questions and objections.

Outside the Acts of the Apostles, what do we really know about the life of Paul that is not apologetic? And further, because we likely have greater access to a wider variety of the Pauline corpus than any single city during his lifetime, we probably know more about him than anyone to whom he preached for the simple reason that he did not revel in personal information unless necessary to address a particular situation in a specific community. Further, Philip, Barnabas, Apollo, and many others apparently preached effectively with even less trace of autobiography than Paul.

Memoir and apologetics may form part of our preaching, and our personality necessarily colours it. We’re all human, and leak much of our inner desires and struggles when we preach. All of which is understandable and probably helpful. However, even proponents of directly autobiographic preaching acknowledge the risks: but are such risks both necessary and worthwhile in an age of rapid change, growing cultural diversity, and greater respect for gender as well as other differences? Or are we being co-opted by the selfie? Does not consistent, direct autobiographic preaching assume that our own experience is universal, and therefore, at least always comprehensible if not normative? As the Thomistic principle paraphrased in the title asserts, whatever we preach is perceived corresponding to the condition of the hearer rather than the assumptions of the preacher.