Every Member Preaching: A Case Study 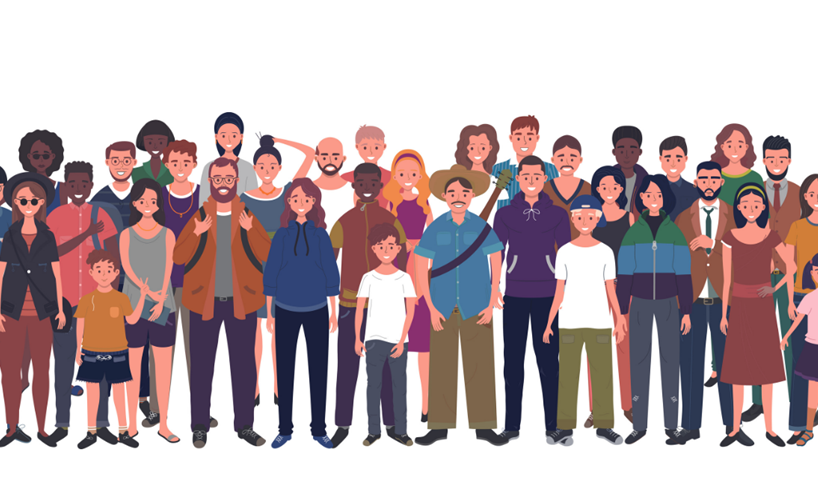 I sat in front of the screen, blank except for the title: ‘Proper 12, Year C.’ My pen tapped the empty notepad beside me. My topic was prayer: it permeated the texts and not least the gospel, Luke 11, with its teaching on the prayer of Jesus.

Sunday was fast approaching, but my inspiration had run dry. There was so much I could say on prayer, but how to say it in 10 minutes? How to say in fresh ways what I had said time and again before? How to speak of the depths of prayer; the agony, the elation, or conversely the struggle and the (at times, let’s be honest) sheer boredom of prayer?

As a parish priest I knew my congregation well enough to know that all of us wrestled with prayer. We knew its joys and frustrations, and I was keen to avoid wheeling out old tropes that didn’t satisfy. My preaching had been growing dryer in recent weeks; I was ‘out of season’, and I felt a mounting frustration that I was struggling to find a way into speaking about this most fundamental aspect of faith.

The congregation were deeply prayerful. Together, through the years, we had prayed together formally and informally, coming before God as a gathered church at worship, as friends sharing food, as companions shoulder to shoulder in the quieter times of grief, illness and loss. They also held me, as preacher and celebrant, in high regard. Sundays were a time for them to come and receive around word and sacrament, to be fed by the ministry I offered, and to leave restored and nourished for the week ahead. I knew there would be expectation that I would offer something profound on prayer.

And I was no stranger to preaching on prayer. I had shared my conviction that life itself could be prayer, that the holy life was one of finding communion with God in the rhythm of the everyday. For a people raised to pray on their knees at the bedside this was strange liberation.

And yet on this occasion, as I stared at the screen and waited for fresh inspiration, I found myself silenced. And then I realised, that although we had often prayed together as naturally as we lived together, and although people had sometimes shared sacred conversation with me about the joys and struggles of prayer, rarely had we talked as a whole community about our shared and separate experiences of prayer.

In a moment I had my sermon, although it was far from written. This time it would be written as a shared endeavour of the people. Not my feeble words and fragile wisdom; but theirs. Collectively written and owned in common.

In my mind this seemed simple enough. We would gather around the text, as we do each week, but this time with a flipchart in our midst. I wrote down little beforehand, save for four questions, borne of my genuine curiosity but also designed to create safe, accessible space to enter into. They were:

For you, what is prayer?

How do you pray? When and where?

What do you find challenging about prayer?

Have you experienced a prayer being answered?

These questions were the essence of our sermon, the framework on which we would hang our shared wisdom. I was clear with myself that I was not preaching by stealth. This was not a false exercise in which I would tease out the ‘correct’ answers from a naïve but trusting congregation.

I was also persuaded that this was still a form of preaching. The medium was radically different to what this central Anglican congregation were used to, and yet I was fascinated to see how proclamation and exhortation might emerge through creative, collaborative engagement with the text.

As I stood up to read the gospel my courage faltered with typical pre-sermon nerves. This was an awful idea. What if my cheery opening question was met with a wall of silence? What if the forty faces looking keenly back continued to do just that, waiting to be fed and nourished and instead finding themselves starved and deprived?

I detected little feedback as I started with gusto with words that instill fear into congregations: ‘today we’re going to do things a little differently…’ I explained the premise and set some ground rules. My confidence shook as I voiced the first question and waited.

And then a tentative hand raised: ‘prayer is my time with God.’ And from here, we got things rolling. People who had barely opened up to me in one-to-one conversations began to speak openly, to the whole congregation, about the highs and lows of prayer. Those who had exchanged polite nods at the door began to exchange tips for deepening their prayer lives (use a notebook to record distracting thoughts). We filled a page of the flip chart with our triumphs in prayer and our agonised, unanswered questions (what happens when God doesn’t answer our prayers?). A treasury of stories about our simple, everyday lives of faith.

I had given twice the usual sermon time for this, and the twenty minutes flew by. As I gathered us around the Lord’s table moments later, I found myself humbled and surprised at the ways in which we had explored prayer so openly and generously. Our sharing held a richness that I would never have managed had I delivered a conventional sermon on the same theme.

I spend half of my working life training lay people to be listeners and leaders. I am convinced of the importance and value of collaboration and mutuality lying at the heart of congregational life. Mere tokenism is never going to be enough: institutional churches are increasingly called to undergo a seismic shift in how we operate: who we give voice to and on whose terms.

There will always be a place in congregational life for the conventional sermon, although how we widen the platform for this remains an urgent question. But sometimes, might we dare to be bold enough to reimagine preaching away from the mouths of the ‘experts’ and into the hands of those who curate and treasure objects and stories of God so faithfully, so knowingly, day in and day out? Dare we be bold enough to open the floor, and take a seat among the people, and say, ‘over to you’?