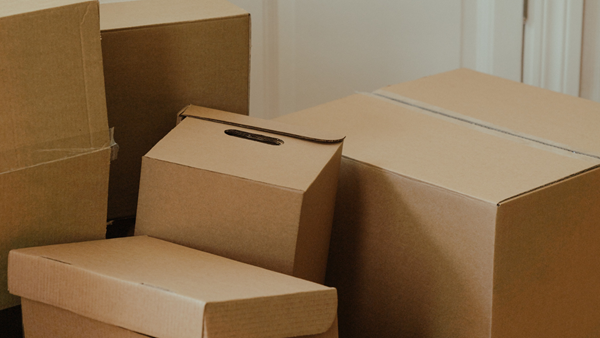 I first knew that God was calling me into ministry way back in 1979. An initial ‘feeling’ was explored with others I trusted, and tested through preaching in my own church and elsewhere. A pre-collegiate year followed, then four years at Spurgeon’s with two student pastorates before my induction to Welling Baptist Church in 1986. 40 years on from College, I’m now unpacking boxes in retirement. It’s been a heck of a journey. And as I look back, there are a few things that stand out.

The first, and the most blatant, is that the Church in the UK continues for the most part in denial about decline. When first I became a Christian, I was attending an FIEC church - in St. Albans. I also, from time to time, went to a local Anglican church, a Strict Baptist Church, and a few others. The smallest was the Strict Baptist Church that I eventually became a member of - and we had a Sunday congregation of 50+, including quite a few children and young people. We thought of ourselves as a tiny church. The FIEC Church was much bigger - maybe 300 - with hordes of young professionals. The after-church youth group was perhaps 50 strong.

Despite regular prophesies of revival (remember the Diana prophecy?) the church has been in numerical decline since the early part of the 20th century. It has fallen in numbers despite the Decade of Evangelism, the House Church Movement, Charismatic Renewal, Graham Kendrick making way, the Church Growth movement, Hillsongs, Action in Mission, Messy Church, and the 2000 movement. Even today, I hear preachers declaring that the pandemic is creating an opportunity for a new surge of church growth.

I’m not saying that any of these movements were misguided - in fact I cheered for and got involved in many of them. But the net effect is that the church has put all its energy into arresting decline, rather than into anything else.

The decline in numbers has had effects elsewhere too. The Baptist Union of Great Britain itself is a shadow of what it used to be - and while I’m all for devolving responsibility as far as possible, I have noted along with others that much of the change has been at the expense of any sense of Baptist identity. I entered the ministry with a sense of familial belonging; I leave full-time ministry with that sense drastically reduced. And while I have been blessed by some great men and women as Superintendents and Regional Ministers, I mourn the marginalisation of the ‘Pastor to the Pastors’ aspect of the role.

Secondly, I rejoice that there are some battles I no longer need to fight. Back in the 80s, you could not, as a good evangelical, trust a Catholic or a liberal. I remember going to a brilliant drug rehabilitation project in Kingston as a student, and some of my fellows being quite alarmed because the small prayer space looked rather Roman.

Neither do I have to spend hours justifying the place of social action or fighting for justice in the gospel. I don’t (by and large) need to deal with either ‘we should all speak in tongues’ or ‘only cult members speak in tongues.’ We’ve become more open, a bit less judgemental, and a little less humourless. We’ve come to understand that discipleship and ministry can take many forms. Some battles we’re still fighting: we are a long way from accepting the ministry of women as we should, even though we have relied upon it for decades; we still have a problem with race; and we don’t really have a clue what we are thinking about sexuality.

Finally, there are trends that worry me. Decline can entice us all to easily into a way of being Church that looks for success rather than authenticity. Warehouse church - that values the performance above quality of discipleship - has hoovered up so many believers from smaller churches, deposited them in vast, dimly lit soulless spaces to watch anonymous musicians and preachers deliver anodyne trivia which sounds so spiritual, but is little more than a new Gnosticism. And then they drift away to live lives untouched by the heart and challenge of the real flesh and blood Jesus.

Back at College, I wrote at length on Bonhoeffer. A paragraph from his ‘outline for a book’ speaks to me now:

The church is church only when it exists for others. As a first step it must give away all its property to those in need. The clergy must live solely on the freewill offering of the congregations and perhaps be engaged in some secular vocation. The church must participate in the worldly tasks of life in the community-not dominating but helping and serving. It must tell people in every calling what a life with Christ is, what it means “to be there for others.”

Now – back to those boxes…