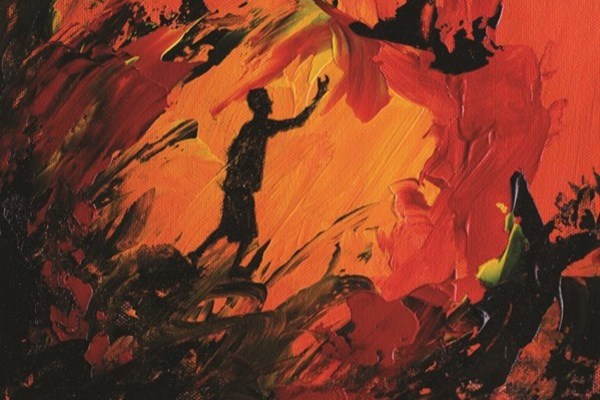 It was an obvious extension of feedback. As well as the usual group of fellow students asked to comment on the trial preacher’s sermon, questionnaires were distributed amongst the congregation hosting the worship. Comments and questionnaires were then looked at in the following week’s sermon class.

The class considered the sermon a ‘good effort’ but it was the response from one of the questionnaires that made the feedback memorable. The person had written that the preacher had included far too many references to the news of the week. ‘I don’t come to church to hear about the dreadful things that are going on in the world,’ the respondent insisted.

Perhaps we preachers don’t often hear that criticism of what we say put so starkly, but we are all familiar enough with the pressure to be positive and hopeful. We may well temper our tone, content, and illustrations with a positive gloss that aims to attract rather than disturb. After all we are keen to encourage our listeners to want to return again and again.

In a time of a pandemic, preaching to any group, Internet mediated or face-to-face, is difficult enough to maintain without adding discomforting application or distressing detail. To be judged as ‘off-putting’ isn’t an achievement towards which we strive. The questionnaire respondent might be one of those who in recent times has turned off the TV news or cancelled the paper. Things reported have quite literally been ‘dread-full.’

Aware of the burden of that dread, the temptation to simply pass-by the searing questions and awful realities is a real one. But it is a temptation that Christian preachers must resist. If we give into the temptation – even out of a humble acknowledgement of our own ignorance or fear – we add weight to a worldview that excludes God. To aver that this is indeed God’s world is not to ignore our uncertainties or anxieties, but to assert that God’s grace cannot be thwarted, even by a pandemic. We dare to name that which too often goes unnoticed: grace even in tribulation.

It is not that we are overbearing or naïve about harm or hurt, nor that we are aloof from others’ worries, but that we know crisis lived with God changes the dynamic of human experience for the better. It is in that certainty that we dare to name the realities of our day and relate them to the eternal verities towards which Scripture directs us.

We speak of these things in order that the gentle healing word of God can be heard even in the clamour of our troubles. We preach crisis, that its burdens may be bearable and life celebrated – even now.

The Greatest Sermon I Ever Heard | Steve Holmes

Today we launch a new occasional series, The Greatest Sermon I Ever Heard. We hope that preachers will share not only what the sermon was, but why it made such an impact