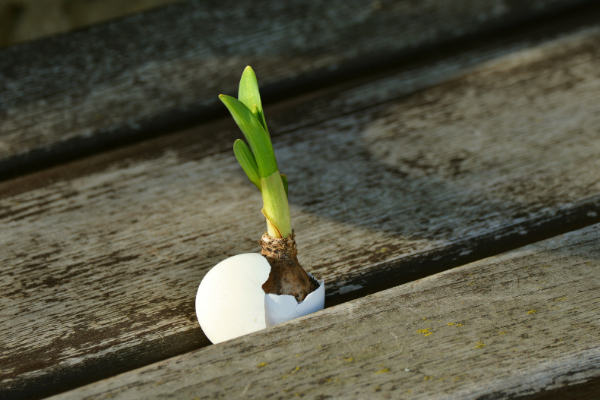 As I write Easter will soon be upon us – and what a wonderful opportunity preachers will have to preach the good news of the risen Christ. This year more than any year we have had so much death. Day after day many – if not most - of us have been anxiously scanning the Covid-19 death statistics. Were you aware that in the Second World War the total number of people who lost their lives in Britain (as distinct from on the battlefield) amounted to 51,000? Would that we had only lost 51,000 in our battle with Covid.

Yes, these have been dark days. But ‘There is Hope’! Death shall not have the last word. For God raised Jesus from the dead! “God”, wrote the Apostle Peter, “has given us a new birth into a living hope through the resurrection of Jesus Christ from the dead” (1 Pet 1.3). It was “concerning the hope of the resurrection of the dead” that the Apostle Paul was on trial (Acts 23.6: see also 26,6).

“Christian hope is resurrection hope”, declared Jürgen Moltmann a brilliant German theologian in his ground-breaking book, Theology of Hope (SCM, London 1967). This hope is at the heart of Christian believing. What a difference this hope makes. When Cardinal Hume, a former Roman Catholic Archbishop of Westminster, was diagnosed with terminal cancer, he rang to tell his friend, Timothy Wright, the Abbott of Ampleforth, who replied: “Congratulations! That’s brilliant news. I wish I was coming with you!”1  Dietrich Bonhoeffer, the great German Christian who was put to death by Hitler’s henchmen, evinced a similar confidence in life after death, when he declared: “Death is the supreme festival on the road to freedom”. As he was taken away to be hanged, he said to a British fellow-prisoner, “This is the end. For me the beginning of life”.

Christian hope is not a whistling in the dark but is sure and certain. In the Church of England’s committal service, the dead are committed to be buried or cremated

“in sure and certain hope of the resurrection to eternal life
through our Lord Jesus Christ,
who will transform our frail bodies
that they may be conformed to his glorious body,
who dried, was buried, and rose again for us”.2

Christian hope is not a form of optimism. Indeed, according to the American theologian, Stanley Hauwerwas, optimism is a form of “hope without truth. Rather Christian hope is based upon a past reality. For the Bible teaches that in rising from the dead Jesus blazed a trail through the valley of the shadow down which those who have put their trust in him may follow too. In the words of Jesus, with which I begin every funeral: "I am the resurrection and the life. Those who believe in me, even though they die, will live" (John 11:25).

Yes, there is hope. Over the years I have had many occasions to study the New Testament documents. As a PhD student I devoted three years of my life to examining the implications of the resurrection of Jesus for the early church. Later, after using a sabbatical to study further the resurrection, I wrote a book for preachers on The Message of the Resurrection (IVP, Nottingham 2000). In this past year of lockdown I have focussed again on the resurrection of Jesus, entitled – guess what? – There is Hope! Due to be published by IVP by the end of this year, to my surprise it is the first book published in the UK to ever be devoted to preaching at funerals.

Today I am more convinced than ever that God raised Jesus from the dead, and that in doing so he broke down death’s defences for all who believe. Let me encourage you to preach the good news of the hope that is ours in the Risen Lord Jesus!

He has authored several books, including "The Message of the Resurrection" (Bible Speaks Today). He recently celebrated 50 years in Christian Ministry. He blogs at https://www.paulbeasleymurray.com

Preaching to the converted?

Have you ever asked yourself the question, “Who is this sermon for?”