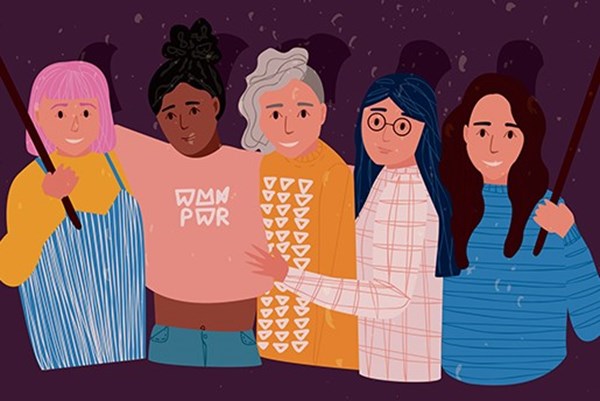 A woman involved in a car crash is 47 percent more likely than a man to suffer serious injuries according to the journalist and campaigner, Caroline Criado Perez. She makes a strong case that this horrifying statistic is a consequence of car design. To put it simply most cars are designed with a male body shape and size in mind. Men have more road traffic incidents than women, but women come out of incidents with significantly more injuries. Women drivers often must sit further forward than the ‘standard seating position’ designed for men, just to reach the peddles. Add to that a very upright posture in order to see out of the windscreen and you have a recipe for increased injury when a collision occurs.

As I draw together the components of this edition of The Preacher, the media are full of material drawn from Criado Perez’s book (Invisible Women: Exposing Data Bias in a World Designed for Men, published by Chatto and Windus) which is clearly on its way to be a bestseller. The vast array of data she presents demonstrates how so much of the everyday world doesn’t ‘fit’ women because gender difference has not been considered in design. Again, and again the human being taken as the reference figure – ‘the standard person’ – is male. Occasionally the consequences are simply absurd, but sometimes they are deathly.

Of course, the book makes a contentious point. Criado Perez’s critics insist poverty and profound cultural structures are more harmful than the inequalities she discloses. Nevertheless, I think it is important to take seriously how far maleness is often unthinkingly assumed to describe what it is to be human. Surely sermons should not reinforce that.

An example Criado Perez cites gave me pause for thought as a preacher: one popular voice recognition application is 70% more likely to understand a male voice than a female one. Should we not be dedicated to each preacher finding her or his own voice in an arena of expression where every voice is recognized and valued?