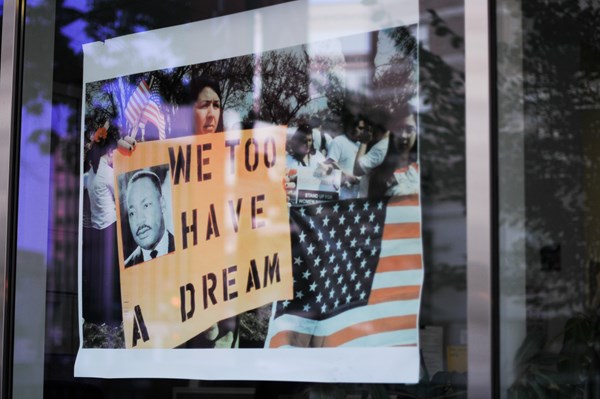 It’s not often that the sermon as sermon makes the news but it has this week.

The respected Radio Four news show PM broadcast an excerpt of Martin Luther King’s last speech to mark the 50th anniversary of his assassination. Nothing unusual there, you might think. But at more than eight minutes long, the excerpt was certainly not soundbite radio. The concluding second half of King’s speech was broadcast with no edits – but simply as he delivered it that April day in Mason Temple, Memphis in 1968.

King was speaking in support of the city’s predominantly black sanitation workers who had been on strike since February. Days earlier there had been a death when a peaceful march turned into a fight. King spoke to restore peace. His words of calm determination and absolute commitment to peaceful protest were tempered by many references to his own mortality. His assassination the following day has added poignant prescience to his words, now famous as the ‘I’ve seen the promised land speech’.

The speech was clearly just that – a speech. Like, however, all Dr King’s set piece addresses, it has a distinctively sermonic style and structure. The character of black preaching is powerfully self-evident in what is said and how it is said. A sermon it may not be in a strict sense, but it undoubtedly has a homiletic quality to it. If the term hadn’t become pejorative, it could be described as ‘preachy’.

That so often negatively used attribute of ‘preachy’ makes the response of PM listeners all the more remarkable. On social media and in emails to the programme people described themselves as ‘spell bound’, ‘mesmerized’, and ‘moved’ and King’s words as ‘truly inspirational’. Such was the response that the programme makers have promised a following week of great speech extracts and listeners have been asked for their suggestions.

Preachers should, I think, take heart from this. This isn’t about emulating a great figure like Dr Martin Luther King, but rather recognising via his oratory that a single voice speaking remains effective. Words uttered with passion and connecting application still change people.

Despite all the talk about diminished attention spans, the absolute power of the image, and the suspicion of demagoguery, one person speaking can be transformative. Words spoken well shift things – emotionally, intellectually, and soulfully. It’s said that hearing is often the last of the senses lost to a dying person, and certainly a baby in the womb can hear. Shouldn’t we preacher then take heart in the primordial urge to listen and speak passionately to it?