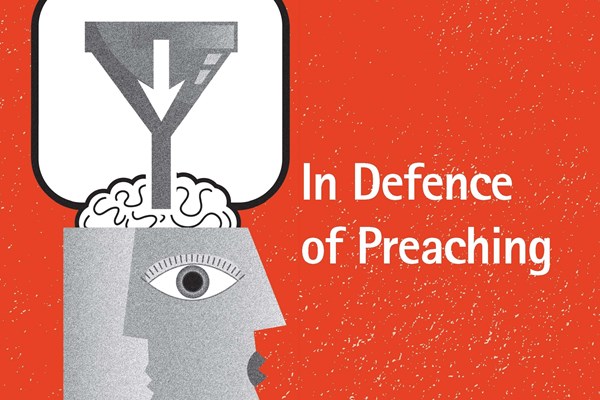 He had last visited this particular congregation eighteen-years previously. On ascending the pulpit steps, his first question was, ‘Is there anyone here who was here the last time I preached at this church?’

Half a dozen hands went up. And then the killer question – the preacher was known for his teasing humour: ‘And what did I preach about on that occasion?’

Amazingly there was a clear and agreed response about the content of his sermon all those years before. Indeed, they also quoted back to him the biblical text on which it had been based!

The preacher concerned was someone whom I much admired. In my estimation he was a very good preacher, so it wasn’t a surprise to hear of such an encounter. Added to that, the incident happened in a church on a Caribbean island, in a society where sermons are arguably held in higher regard than in the UK. Personal competence and the circumstances of place seem to work together to accentuate the significance of the sermon. At least that’s how I have rationalised the incident.

Editing this issue on the theme ‘in defence of preaching’ has inevitably brought the story powerfully to mind.

Then it was that one of those serendipitous things happened that so often figures in Christian ministry. Someone I hadn’t seen for years came to see me. In the conversation she mentioned things I had said in two different sermons more than twenty-years before. It was clear that she had thought long and hard about those sermons, and indeed, continued to think about them. As the preacher of the sermons, I had long since forgotten their content!

The worth of preaching isn’t, of course, to be measured solely in terms of whether it is remembered. Neither is ‘being remembered’ the qualifying mark of an effective preacher.

Nevertheless, remembering, and the continued use of those memories, by the individuals concerned is an indicator of the value of preaching.

Sermons can ‘live’ in the hearts and minds of those who hear them to powerful effect. That we are told that they so often don’t is all the more reason to examine those that do. That’s a challenge to every one of us who preach that should figure in our thoughts every time we preach.

Saint Paul wrote to the Roman Christians that ‘faith comes from what is heard’ (Romans 10.17). His discussion in the associated verses is sophisticated and multi-layered. He is clearly aware that the relationship between speaking (proclamation) and hearing is complex. Voicing a saving belief is about hearing and about how that hearing comes to impact the heart of the hearer.

Saint Paul’s terminology isn’t that far from the idea of thinking long and hard on what is heard. Sermons have to be worth that response, in the conviction that ‘what is heard comes through the Word of God.’