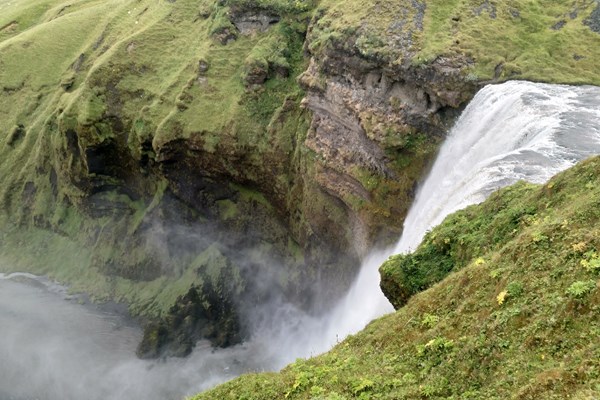 The prophet Amos has sharp words to say about the irrelevance of religious observance that ignores the realities of life for the poor.

Such indifference to suffering makes hymns of praise pointless. God will simply not listen, according to this most earnest of social critics, indeed such practices of religion are hateful to God (Amos 5.21). The sincerity and worth of religion are measured in the compassionate social action of the religious, rather than in their words or their solemnities.

Justice is the priority, in the prophet’s famous words: ‘Let justice roll down like waters, and righteousness like an ever-flowing stream’ (Amos 5.24).

The prophet’s ancient words find a ready echo is so many contemporary circumstances. From large-scale issues touching the lives of millions to personal tragedies inflicting terrible pain on one small family, the call for justice rings out. Every news bulletin features, in one way or another, the need of justice in circumstances varied and troubling.

Would that justice was an ever-flowing stream as commonplace as the ditch at the roadside or the river through town? Yet it plainly isn’t.

Again, and again the call for justice is made. We all know, almost intuitively, what those calls mean. We may need the specifics of the case explained, but beyond that we seem to know deep within ourselves what is being asked for – simple justice, as it is sometimes called.

But so many stories in the news make it plain that justice often isn’t simple. A few have struck me recently:

Personal calls for justice are often associated with ‘closure,’ meaning that somehow justice being seen to be done would end individuals’ traumas. As important as such things must surely be, aren’t they more markers than conclusions to profoundly heart-troubling experience or loss? Justice doesn’t necessarily end the hurt.

Or again, calls for justice in this particular social circumstance brings to light a contrary position in which another injustice is evidenced, apparently consequent on the first just resolution. Situations in which the justice demanded is clear and undisputable are many, but the contemporary world also abounds in issues where the just outcome is far from obvious.

Or yet again, a story features that may be about an issue that has taken years to resolve. A commentator explains in a few seconds why the issue is so difficult and how many attempts have been made at a just judgment that all can live with. But we wonder whether justice is served by such long processes and whether justice must be so immensely expensive – an issue of justice itself.

Such complexities are frequently evidenced in our media-saturated world. Coupled with the emotional weight of so many calls for justice in horrify circumstances, we preachers may be tempted to steer away from such difficult terrain – but the God to whom Amos witnessed requires that we don’t.