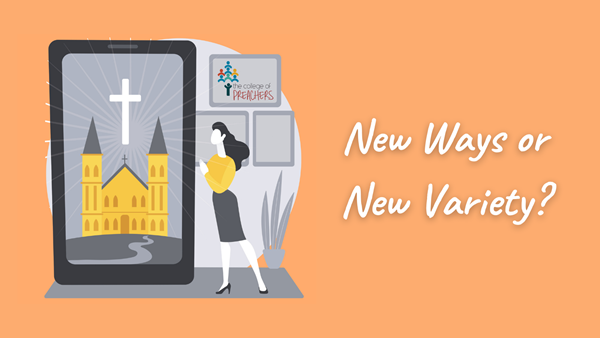 'It’s the rarity nowadays of hearing a solo voice speaking at some length that makes preaching unique.’

I have often used that argument when asked to defend the practice of preaching. In an age of soundbites, Qs and As, commentary to visuals, vox pop, and interviews, preaching stands out as a one person talking for an unusually long time – even if only ten minutes!

I have argued that giving one voice your undivided attention can be pleasurable because it’s so different from more familiar communication styles. Its very dissimilarity to commonplace experience is preaching’s particular strength. Cultivating attention that is out of the ordinary can be an advantage rather than a drawback. Of course, what is said must be worth listening to!

This defence of preaching attempts to turn on its head the truism that attention spans have decayed so much that few people can sustain focus on any one source for more than a minute or less. This is one of those ‘facts’ that is constantly repeated. We all know, or think that we do, that the human attention span is much, much less than it was. It turns out, however, that this ‘fact’ is more of an ‘urban myth’ than a reality. There is no reliable scientific study that supports such an idea. Human attention is dependent on context and task, so most psychologists are deeply sceptical about the idea that there could ever be a reliable general figure for human attention. Bluntly put, there is no evidence that our attention spans are shrinking, so my defence of preaching in those terms is beside the point.

The argument came to mind as I was reading my Twitter feed this morning – I won’t admit that prevaricating about writing this column was my reason for reading Twitter! Anyway, while idling there I came across two videos of different tweeters simply speaking to camera about things they were passionate about. They both basically used an unadorned sermonic form. Both had hundreds of ‘likes’ within minutes. On other occasions, hundreds or even thousands of us have read a written version of a similar ‘solo voice’ spread as a thread across 12 or more tweets. Perhaps it is not so much ‘new ways to preach’ as effectively engaging via whatever platforms or styles are available to us.

@ CollofPreachers
Mon 08 Aug @ 07:57
Less than 1 month now until our #PreachingConference! Still time to book your place. Visit https://t.co/GiKpV4ymSW for details.
Follow us