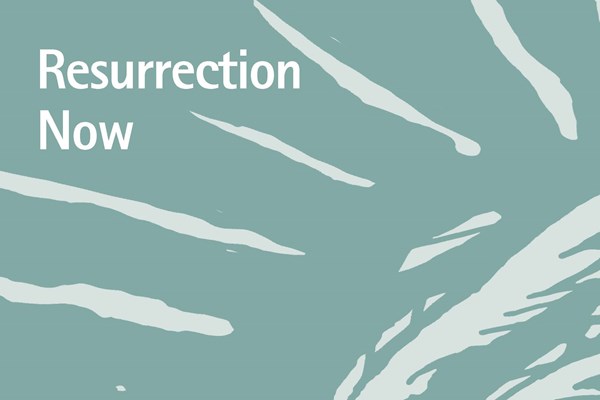 In a poll commissioned by BBC Religion and Ethics a couple of years ago (www.comresglobal.com 9 April 2017), around a quarter of people who identified as Christians said they did not believe in the resurrection of Jesus. In the same poll those who believed or not in life after death were evenly divided at 46% of respondents, with only 8% declaring they did not know. Whatever else might be drawn from such opinions, it is clear that in such matters beliefs do not necessarily follow the patterns that might previously have been assumed.

Did the poll suggest that a significant proportion of Christians have ‘outgrown’ belief in Jesus’ resurrection? Certainly, some who commented thought so. Others thought orthodox believers should take heart from the high levels of core Christian beliefs expressed by those who otherwise would not claim to be people of faith. How to interpret the opinions expressed was clearly a matter both divided and contentious.

Lewis Carroll’s famous dialogue comes to mind – ‘Alice laughed: “There’s no use trying,” she said; “one can’t believe impossible things.” “I daresay you haven’t had much practice,” said the Queen. “When I was younger, I always did it for half an hour a day. Why, sometimes I’ve believed as many as six impossible things before breakfast.”’

It is too easy to dismiss the resurrection as one of those ‘six impossible things.’ The contemporary mindset either dismisses so much as ‘mere opinion’ or makes rationalism the only test of reality. Faith is constantly played down as, at best, only personal preference or, at worst, corrupting bias. We preachers must somehow find a way through these preconceptions and prejudices towards a compelling account of Our Lord’s new life.

Of all the resurrection accounts in the Gospels, my personal favourite is the short ending of Mark’s Gospel – the women come very early to the tomb, find it empty and a young man dressed in white sitting there. He tells them Jesus is risen and has gone ahead of them to Galilee. They are instructed to tell the others. And their response? ‘… they went out and fled from the tomb, for terror and amazement has seized them; and they said nothing to anyone, for they were afraid.’

What an ending? Of course, it isn’t an ending at all. The story of Jesus does not end at a tomb, it goes on into life. Galilee is the place to find him – the highways and byways of a place teeming with human life. According to Mark, the Risen Jesus goes before those who would be his followers – always. That’s why this edition of The Preacher has ‘Now’ in its title: the new life of the Christ that began at the garden tomb must be an account of the now as well as the back-then.