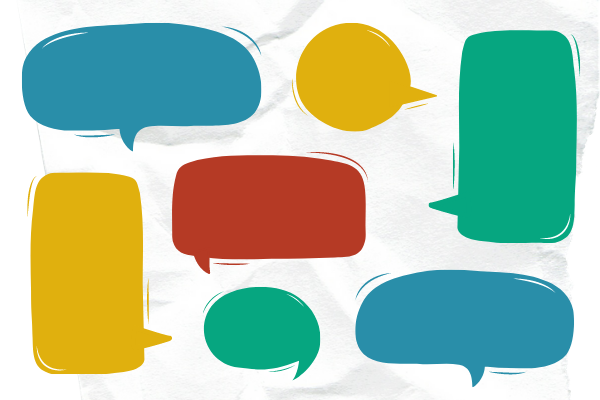 I have been asking myself a question. “What should I be giving-up for Lent as a Preacher?”

Lent is the season for giving things up--coffee, chocolate, a TV program perhaps, or even a bad habit? Rarely, if ever, do think about how this might apply in the pulpit! Do I have bad preaching habits that I could do with abstaining from during this season? Obviously I do. Everyone of us does. However, what is the main one? If there was just one that I could do with getting rid of that would greatly improve my preaching, what would it be?

I have come-up with two areas that need addressing. I will save one for another article, but the main one I have decided on is this: I need to give-up saying so much.

Being a Baptist we are expected to preach 20-30 min on an average Sunday. That seems a lot of time, but in many ways it isn’t. This is especially the case if you fill it with too much material. That is what I have been doing. I realise that after 27 years of preaching I am still putting two much content and too many different ideas into my sermons.

A sermon is not a lecture. By and large people will not be taking notes. Indeed one of the great preachers of the past, Dr Martyn Lloyd-Jones, positively disliked such an approach. He was of the opinion that the purpose of the sermon was not for people to go away with pages of notes. It was for people to meet God there and then in the experience of hearing the message.

When John Stott wrote his excellent book “I Believe in Preaching”, he made much of the need for preachers to have a clear, specific and narrow focus to their sermons. He drew on great preachers from the past to prove his point.

Example number one would be the great Anglican preacher Charles Simeon who said that when considering the text the preacher’s …“first enquiry is, ‘what is the principle scope and meaning of the text?’” Then they should express this principle meaning in a ‘categorical proposition’. This Simeon claimed was “the great secret of all composition for the pulpit.” Elsewhere he wrote, “Reduce your text to a simple proposition.” In other words, have one thing to say and be clear what it is.

I think dear Simeon would despair at me. I find that I am saying two or three things. Each may well be true, may well be important. Each may even be interesting. However it makes for a confusing message. We have all had the experience of someone saying to us, “I really enjoyed the message this morning. I can’t remember now what it was about…” Such statements bring encouragement and despondency in equal measure.

Stott also draws on JH Jowett, a preacher from the turn of the 19th into the 20th century who was regarded as one of the greatest English-speaking preachers of his day. His quote below is one that I have pondered on often:

I have a conviction that no sermon is ready for preaching …until we can express its theme in a short, pregnant sentence, as clear as crystal. I find the getting of that sentence is the hardest, the most exacting and the most fruitful labour in my study…I do not think any sermon ought to be preached, or even in written, until that sentience has emerged, clear and lucid as a cloudless moon.

What a challenge! Perhaps this is my problem--it is simply too much hard work, too much hard thinking, too much hard labour for me, in the midst of a busy church life, to clarify my thinking into such a ‘short, pregnant sentence.’

If I was being hard on myself, I would say the result is laziness mascaraing as learning. It can seem very impressive to my congregation when I speak from a text and bring out three or four different points (often unrelated), illustrate and apply them and for good measure even talk about the underlying meaning of the NT Greek in certain places. At best they come away thinking how interesting the Bible is, at worst how clever I must be. But have they been fed? Have they come away with some clear truth, fixed firmly into their hearts and minds, that will guide them and help them in the coming week? Or have they gone away with a varied cluster of different ideas, jumbled and mixed-up in their minds, soon to fade from memory for that very reason? I have worked on the text but I have not worked hard enough. I have not worked through to clarity, to singleness of thought and purpose.

Connor Neil is a lecturer at IESE Business School in Spain, where he teaches (amongst other things) effective public speaking. He tells his students that the most important thing in any speech or presentation is defining ‘point X’. Point X is what completes the sentence, “When I have finished speaking my audience will….” He teaches that the speaker should have one, clear, definite answer to that question. Furthermore, that answer, he suggests, is the starting point that should shape the whole of the talk from beginning to end.

I fear that for too many of my sermons that answer to that question is “sing a hymn”.

There is an old quote attributed to William Gladstone, although, alas, I have never been able to find the original or the exact wording. He gave this advice to a young parliamentarian on making a speech. “ Say one thing; say it with passion, say it with fear, say it with humour, say it with tears, say it loudly, say it softly, but say one thing. One day young man, you may become Prime Minister. Then you can say two things.”

Seeing as there is little chance of me moving into Number 10 any time soon, I had better give-up saying more than one thing for Lent.

Darren Blaney is Pastor of Herne Bay Baptist Church in Kent and serves as Editor of the College of Preachers Blog. He is doing an online seminar for the College later in the month on “Speaking to a Distant Congregation--Preaching On-line” https://www.collegeofpreachers.co.uk/events/